Advanced Micro Devices has gained major momentum in recent years with new big-selling chips for PCs, laptops, and servers. Now CEO Lisa Su has won over a high-profile customer outside of the computer industry: Tesla.

AMD processors and graphics chips will be used in the infotainment systems of newly updated Tesla Model S and Model X electric cars, which are expected to go on sale in a few weeks. With AMD's more powerful chips, Tesla owners will be able to play cutting-edge video games in their cars—when they're not driving, of course–and see maps and other items in more detail.

"The work (Tesla) is doing is truly pushing the leading edge of what you can put into a car," Su told Fortune in an exclusive interview before announcing the Tesla deal on Monday at the Computex computer show in Taiwan. She described the effort to make in-car dash systems as powerful as high-end PCs "part of the broader trend that computing is everywhere."

"The fact is that the technology we developed for PCs is now coming over into the automotive world," Su said.

The Tesla contract adds to AMD's momentum following three years of gains in the computing market. As a supplier to one of the buzziest U.S. companies, AMD can claim significant bragging rights and yet another victory over its rivals.

The win displaces Intel, which had supplied chips for the infotainment system in prior versions of the Model S and X. The other Tesla vehicles—Model 3 and Y—will continue to be equipped by Intel.

AMD didn't disclose any financial details about its Tesla deal. But to give a sense of its size, Tesla produced nearly 60,000 Model S and X cars last year, or 11% of its 2020 total production.

The deal doesn't include chips in Tesla's self-driving car system, which are designed by Tesla in-house. Tesla didn't respond to an email seeking comment.

Even with the Tesla deal, AMD remains a minor player in the automotive industry, which part of the reason why it plans to buy chip maker Xilinx for $35 billion. That deal, announced in October, is expected to close by year-end.

Since Su took over at AMD in 2014, she has overseen a renaissance at what is the second-biggest chipmaker for personal computers and servers behind Intel. In the first quarter, AMD's sales jumped 93% to $3.4 billion, almost more than AMD's entire annual revenue in 2015.

And while Intel has stumbled in making new chips, AMD has had little trouble in working with its manufacturing partner, Taiwan Semiconductor. AMD's stock has gained 52% over the past 12 months while Intel's lost 10%.

On Monday at Computex, AMD also announced a host of other customer wins and new chips, including a deal to supply graphics technology for Samsung mobile phones and new processing chips for laptops and PCs that include the latest graphics technology built in. Integrating its newest and best-performing graphics technology with the processor chips should improve laptop performance without hogging as much battery power as separate graphics chips require.

But the most important reveal may have been Su's demonstration of a new technique AMD developed in concert with Taiwan Semiconductor to improve chip performance in the future.

For years, chip makers have jammed more transistors onto the same-sized piece of silicon to cut costs and boost performance. That progress has slowed, so the industry is looking to the third dimension to improve performance.

At Computex, Su showed off an existing AMD desktop processor chip that had added memory stacked on top of it using the new technique. By putting the processor and the memory in closer contact, the performance of the most-demanding video games improved 15%.

"The next frontier is really to go into the third dimension, the idea of stacking chips on top of each other," Su said. The stacked chips must be carefully designed so that they don't overheat or use too much power. Comparing the process to snapping Lego bricks together but on a microscopic scale, she added: "It looks nice, but it's actually very hard to do."

AMD will only be using the stacking technique on high-end chips, aimed at video gamers and businesses that are willing to pay extra. "This is not something that will show up for the mainstream consumer products," Su said. "It will be the top-end performance that you can get from some of our processors."

Intel has said that its own version of 3-D stacking technology, which will premiere on its Ponte Vecchio chip for graphics and A.I. processing, is expected to debut in the Argonne National Laboratory's Aurora supercomputer next year. Next, Intel will use the technology in its Meteor Lake line of desktop processors due in 2023.

The semiconductor industry is still struggling to meet the increasing global demand for chips, which has caused shortages that have slowed production of everything from cars to phones and video game consoles. Su said AMD and other chipmakers are still working to increase production to fix the problem.

"The overwhelming thing to remind people of is the origin of this particular shortage is just incredible demand—no one could have predicted this type of demand," she said. "There's an overwhelming desire to satisfy the demand, and every part of the semiconductor ecosystem is working on ramping that demand as fast as possible." AMD has officially confirmed that it is bringing its RDNA 2 GPU architecture to Tesla's Model X & Model S autonomous cars. The architecture will be powering the infotainment system, offering insane amounts of compute performance.

AMD Confirms RDNA 2 GPU Architecture To Power Tesla Infotainment System on Model S & Model X Autonomous Cars
According to TESLA, its infotainment system will be based on the Tesla Gaming Arcade platform. It comes with a main 17" Cinematic Display that features a resolution of 2200x1300 and a secondary screen for second-row passengers.

TESLA claims that their infotainment system allows for up to 10 TFLOPs of processing power which is on par with current-generation consoles such as the Sony PS5. The infotainment system comes with wireless controller compatibility and lets you game from any seat. And while TESLA doesn't mention any specs of this particular system, the hardware scene has a sense of what could be under the hood of the latest TESLA model S.

One of the first people to report that the Tesla Model S would be running off an AMD RDNA 2 GPU was Patrick Schur who is a highly respectable insider for various hardware leaks. According to him, TESLA Model S will be using the Navi 23 GPU which is a derivative of the Navi 2 SKUs & the smallest of the bunch. The Navi 21 GPU is featured on the high-end and flagship designs while the Navi 22 GPU will be focusing on the mainstream segment. The Navi 23 GPU will be aimed at the entry-level segment but it's still a match for existing consoles.

In a block diagram that originates from TESLA Motors themselves, it is shown that the Navi 23 GPU is indeed going to power the infotainment system on the Tesla Model S 2021. It features a 128-bit bus interface with four 2 GB DRAM modules which would allow for 8 GB GDDR6 memory (K4ZAF325XM dies). The memory would operate at 14 Gbps to deliver a total bandwidth of 224 GB/s. The AMD Navi 23 GPU would connect to the main B2B connector through a PCIe Gen 3 x8 link and feature HDMI 1.4. AMD Navi 23 RDNA 2 GPU Block Diagram leaked by Patrick Schur
There are no specifications for the GPU configuration provided but it is speculated that the Navi 23 GPU would feature a maximum of 32 compute units or 2048 cores. A clock speed of up to 2.44 GHz would be required to hit 10 TFLOPs of compute power. Other details mentioned in the GPU block diagram include a 4 phase power regulator and various thermal diodes and a 100 MHz oscillator. No details regarding the TDP or the thermal output of the AMD Navi 23 GPU are mentioned.


Elon Musk himself states that the infotainment system can play Cyberpunk 2077 which means that the system has enough power to run all games released to date. The Plaid Model S 2021 ships next month and is priced at $79,990 US. You can learn more about it here. 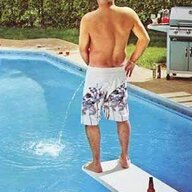 The Tesla Model after the Cybertruck?

Even after GameStop, Tesla remains the most shorted stock in the world