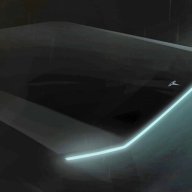 Tesla Cybertruck reservations have surpassed the 1.2 million unit threshold as over 17,000 all-electric pickups were ordered last week. The Cybertruck, while not yet released by Tesla, is accumulating a significant number of pre-orders just months ahead of initial production. While CEO Elon Musk has recognized the fact that the Cybertruck could be a “flop,” reservation figures seem to point in a different direction.

According to a fan-sourced reservation tracker available online, the Cybertruck has unofficially accumulated 1,254,872 pre-orders, amounting in over $79 billion of potential revenue for Tesla from the all-electric pickup. The figure gives the impression that Tesla could dominate the EV pickup sector when it eventually launches later this year, likely by the Rivian R1T. The Cybertruck’s Dual-Motor configuration is still the most popular, accounting for around 48% of the total reservations. The least popular variant is the Single Motor build, only accounting for around 7% of the total pre-orders.

The Cybertruck reservation spreadsheet reached over 1,000,000 pre-orders in May 2021. Due to its unique design that caters to the unorthodox taste that many of us require from our vehicles, the Cybertruck is likely to be one of Tesla’s best sellers in 2022 when the company projects it will begin volume production of the pickup. Its stainless steel alloy, combined with a “polarizing” look and all-electric powertrain, won Tesla fans and others over after its November 2019 unveiling event. However, the order list is becoming so long that it may take several years for the more recent reservation holders to actually accept delivery of the vehicle.

Last week at Tesla’s Q2 2021 Earnings Call, it was confirmed that Giga Texas, the company’s newest facility, would start production with the Model Y crossover first. This answered a question that many Tesla owners and fans alike spammed CEO Elon Musk with at any given opportunity. Nobody knew what vehicle would kick off production at the company’s second U.S.-located vehicle assembly plant, but the Q2 Update Letter solidified that the Model Y would in fact be the first car that Tesla produces at the plant, an ideal decision considering Model Y demand continues to grow and the company has the necessary equipment to begin production immediately. 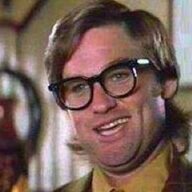 Writing a professional article based on a home grown reservation tracker spreadsheet full of assumptions and guesswork is shotty journalism. Especially when you present it as if it correlates to accurate sales figures. How about hold off on articles like this until you get official numbers from the manufacturer.

The tracker is a novelty that's fun for forum members to play with a very broad idea of when they will get their truck. But in no world should that tracker be presented as industry insider information beyond a forum.

CT has been removed from the top line menu of the Tesla website. Could this be related to the article in some way?

georgehawley said:
CT has been removed from the top line menu of the Tesla website. Could this be related to the article in some way?
Click to expand...