I didn't say there wasn't prior art, I was just defending the basic idea of 'pop up camper inside the bed'.

It has pros that have nothing to do with being misguided or tasteless or useless. There are uses. 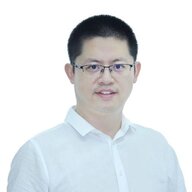 MEDICALJMP said:
I love the concept. If it were me alone or me and the wife (instead of the family of 6) and I had the money I would get one. I’m excited to see one in person.
Click to expand...

What price do you prefer？ I think this product into China may need to increase some tariffs.
OP
OP

Luke42 said:
The Cyberlandr is intended for solo travelers (or couples?) who will be traveling long distance on unpaved roads.

My family of 5 (my wife, myself, three children) would not have enough space in the Cyberlandr. This is what we chose:
https://forestriverinc.com/rvs/travel-trailers/no-boundaries/NB19.3/5363

The travel trailer I purchased is also much cheaper than the Cyberlandr's proposed price. And it's sitting in front of my house now.

Having spent some time inside existing RVs, I'm skeptical that the hard-sided origami tent approach that the Cyberlandr team is taking will work reliably (and without leaking) in the real world.

Also, one of the advantages of a compact travel trailer RV is being able to leave your bed and your stuff inside, so that you can quickly set up camp when you arrive somewhere. With the Cyberlandr, you have to pack up all of your stuff the same way you would with a tent. Where is the advantage over something like the rooftop tents the overlanders already use?

This is the type of rooftop tent I'm referring to: https//www.roadandtrack.com/car-culture/g33897197/car-roof-top-tents/

There also are a number of compact campers which already fit into the beds od American-style pickup trucks. While it's good to see the Cyberlandr team doing a clean-sheet approach (innovation is good!), I fear that they are ignoring the lessons learned by these folks:
http://truckcampermagazine.com
There are already campers which solve the same problem as the Cyberlandr for American-style pickup trucks, and these designs include decades of refinement.

(I think the Australians have an industry producing similar campers tailored to the kinds of trucks they have. If I remember correctly some pickup truck models are shared between Australia and China. Maybe it would be easier to import a camper from Australia to China?)

I also hope my skepticism about the Cyberlandr's hard-sided tent approach is misplaced.

I won't be buying a Cyberlandr, but I wish the Cyberlandr team and their fans success and happy travels!
Click to expand...

Thank you very much brother for your sharing and understanding.I think there's a lot of truth in what you say.
OP
OP

Aerodynamics. You don't take a range hit.
Space. You can set up in the footprint of your truck. Great in public areas like beaches, parking lots, mountainous terrain.
Weather. Rigid sides are more weather resistant, better in rain, especially in wind.

So I could see using the Cyberlandr going places that are crowded, or to the beach or mountains where the wind never stops, or in mountain passes where there's not alot of space to fold out a level campsite.

I love the fact that every time you leave a comment you have a unique insight.Would you modify your CT yourself？
OP
OP

It is said that at the end of June, the Texas factory will start to hire employees. Is this far from knowing the truth of CT?

Crissa said:
Well, it needs to be deep enough not to be in the draft of any ships, to not get caught in nets, or hit by ice.

A tunnel that sits on the sea floor is probably the most likely.
https://www.globalconstructionreview.com/news/work-74bn-fehmarnbelt-tunnel-begin-1-january-2021/

Mighty impressive. I know what I will be playing in CT if I was driving in that tunne:

No car or technology CEO has ever been as visible as Elon Musk, driving cars everywhere.Do you think so?

There have been flashy CEOs before. Howard Hughes, for instance, though he eventually avoided all people.

The thing is, Elon was really, really lucky. And he admits it. He put all his chips in and rolled he dice and won not once, but four different times. And now he has multiple successful companies, which is just... Astounding.

Here in Silicon Valley we call that the 'startup lotto'. Elon won twice in the first tech boom, then bet everything on the second tech boom and those companies also survived. People are lucky to get a payout even from a good, successful startup, and he's done it several times in a row.

It's incredibly rare, super-lucky, and it took lots of smarts, but even that would have been insufficient.

My spouse's payout from her startup will buy us... A Cybertruck. Elon's payout bought him SpaceX and Tesla. And then he turned them into successes.

Cyberpark said:
Be sure to click on the video

Hey, you're not allowed to put jump jets on wheeled vehicles! Only Battlemechs and power armor.

Cyberpark said:
No car or technology CEO has ever been as visible as Elon Musk, driving cars everywhere.Do you think so?
Click to expand...

Got a question for you. Have you ever seen Cherry Q5 up close? What do you think about it?
OP
OP

Diehard said:
Got a question for you. Have you ever seen Cherry Q5 up close? What do you think about it?
Click to expand...

Cyberpark said:
Cherry Q5? I didn't pay attention to it .Audi Q5 is a lot. Chery doesn't sell a lot. Why do you mention this car?
Click to expand...

Sorry I meant Chery EQ5. At almost half the price of Model Y (before incentives) with a decent range, if it has good built quality and can be mass produced at large numbers and exported, it can have an impact on the market. Don’t want to go too far off topic, just wondering if you had any experience with it. Diehard said:
Sorry I meant Chery EQ5. At almost half the price of Model Y (before incentives) with a decent range, if it has good built quality and can be mass produced at large numbers and exported, it can have an impact on the market. Don’t want to go too far off topic, just wondering if you had any experience with it.

Cybrtrk Alterations. What do you all think?

Cyberturck Updates: Why do you think Elon is doing this...?

Poll: When do you think we will hear the production specs of the Cybertruck?
2

Do this today, if you think outside mirrors are a drag
2