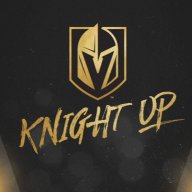 Tesla is facing increasing competition, but its batteries and superior energy efficiency give it an edge

It was a small specification change, but the expanded range highlighted a key advantage Tesla has compared with the rest of the electric-vehicle market—good batteries and higher energy efficiency.

For consumers, it shows how Tesla continues to focus on reducing range anxiety, even as competitors emphasize other driving attributes. And it underscores that the appeal of its cars is based on more than the brand’s cachet or the charisma of CEO Elon Musk.

The electric-vehicle market has grown to include luxury-car makers, including Audi, Jaguar, and Porsche. Other automakers are entering the space, too, with SUVs from Hyundai and Kia, and upcoming models from BMW, Mercedes, Volkswagen, Volvo, and Ford’s Mustang Mach-E.

When the Model Y hits the market in the next few months, the small SUV will get 315 miles in range, up from an earlier estimate of 280 miles. CEO Musk told automotive analysts during its latest earnings call that the Model Y upgrade would give the new SUV 4.1 miles per kilowatt hour, or “by far the highest energy efficiency of any electric SUV ever produced.” Tesla also was making improvements on its electric-vehicle powertrain, including the motors on each wheel, he said.

“They are absolutely the leader,” says Jake Fisher, senior director of automotive testing at Consumer Reports. “Through the years, they’ve made multiple changes to their motors and batteries and other things under the skin of their vehicles. This is a continual thing that they do.”

It’s not just that Tesla is making good, energy-dense batteries. They are also maximizing efficiency through aerodynamics, reducing weight, and refining equipment. They’re even using a different kind of chip that maximizes the transfer of energy within their vehicles’ electrical systems. It all adds up to lower energy consumption and less charging for consumers.

One factor that needs to be considered when comparing Tesla’s specifications with other automakers is the different methodology the California company uses to measure range, says Sam Abuelsamid, an automotive technology analyst with Navigant in Ann Arbor, Mich. Tesla’s range estimates are based on using 100 percent of the energy in the battery pack, while most other automakers use estimates based on around 90 percent of the pack’s energy, he says. Charging batteries to less than 100 percent makes them last longer.

Tesla allows its owners to go down to zero through a function called Extended Range Mode, but it warns that using the function will cause battery degradation.

Tesla’s competitors are coming close to matching the capacity of its battery packs, but they’re falling short of translating that into better range. The Audi E-Tron comes with a 95-kWh battery pack, close to the 100-kWh pack in the long-range version of the Tesla Model X. But the E-tron’s 204 miles of range is only 62 percent of the range of the similarly sized Model X (328 miles). The Porsche Taycan comes with a 93-kWh battery pack but manages only 201 miles of range, compared with 373 for the 100-kWh version of the Model S.

One way to gauge EV efficiency is by looking at a metric called miles-per-gallon equivalent, or MPGe—an estimate of how much electricity will be needed to power the vehicle. It’s based on an Environmental Protection Agency formula that converts miles per kWh to MPGe. By this measure, Tesla’s Model 3 comes in at 130 MPGe, with the Model S coming in at 102 MPGe. The Audi E-Tron has 74 MPGe and the Jaguar I-Pace has 76 MPGe, lower than the larger, heavier Tesla Model X SUV, which has 87 MPGe. Consumers will pay less in electricity costs for models with higher MPGe.

Tesla makes the most of its battery power by taking weight out of its vehicles and using software that maximizes energy regeneration and minimizes battery drain, Abuelsamid says.

“They’re able to get more miles out of each kilowatt-hour,” he says. “They have shown the way for EVs. They’ve demonstrated that if you do this right, there are people who will want to buy it.”

Tesla is also the only automaker using silicon carbide chips, which save energy by efficiently converting AC power to DC to power its electronics. Most other automakers will be adopting these kinds of chips, but Tesla got there first, Abuelsamid says. They’re about 6 percent more efficient than the alternative silicon chips used by other EV manufacturers, he says.

At CR, we’ve found that our range testing has matched the EPA’s testing within single-digit percentage points. Our tested Tesla Model 3 matched the 310 mile range the EPA had pegged it at, and in Long Range mode we achieved 350 miles.

There are reports however that the models from Jaguar and Porsche actually do better in real-world driving than in the EPA tests. For example, a Top Gear test in 2018 yielded 291 miles on a single charge for the I-Pace, about 24 percent better than the government estimate. Independent testing of the Taycan by Inside EVs and AMCI Testing resulted in higher real-world range performance—from 235 to 275 miles—than the EPA rating of 204 miles.

CR reached out to Jaguar, Audi, and Porsche to ask about decisions they made in how they engineered their electric vehicles that led to lower range values.

The Jaguar’s I-Pace often gets more than the EPA rated range, and a software update will add about 12 miles, says Taylor Hoel, a spokesman for Jaguar Land Rover.

“This is more than enough range to satisfy the daily commuting needs of most American drivers without having to stop and charge,” Hoel says.

“We utilized a different approach that prioritizes durability, longevity and safety of the battery over maximizing range and performance in the E-Tron,” Dahncke says. “We will have higher performance models on the way.”

Porsche spokesman Calvin Kim says Porsche’s cars are known for performance and on-road capability. Battery range isn’t as much a factor for consumers looking for a high-speed sports car.

“Porsche’s first battery electric vehicle had to be a car that would capture the qualities that separate Porsche from the rest,” Kim says.

Musk, Tesla’s CEO, underscored on Jan. 29 that he sees the company’s technology and energy efficiency as a competitive advantage going forward. And more improvements are coming. Tesla may soon increase the range for some versions of the Model S to close to 400 miles, nearly doubling that of the Porsche Taycan, he said. He attributed it to the powertrain—things like the batteries, power converters, and motors inside the EV.

“It’s better than anything else by a country mile,” Musk said. “We must be using that energy pretty efficiently, and the powertrain is a big part of that.”

Tesla allows its owners to go down to zero through a function called Extended Range Mode, but it warns that using the function will cause battery degradation.
Click to expand...

Something is wrong here. All the energy is the battery has been withdrawn when cell voltage is 0 and Tesla certainly is not going to allow discharge below a safe level let alone to anywhere near 0 V as it would definitely shorten the life and possibly even cause irreparable damage. I can't find Extended Range Mode in my owner's manual. There is a mode that one can turn on when getting low which reduces the amount of energy that can be taken by the air conditioning system.

Anyone know what these guys are talking about here?


ModelAZ said:
Tesla is also the only automaker using silicon carbide chips, which save energy by efficiently converting AC power to DC to power its electronics.
Click to expand...

The place where this counts is when converting the battery's DC to AC to run the motors. Who cares if the on board charger is 89 or 90% efficient? Do these people know what they are talking about?
Last edited: Feb 22, 2020

They are reports so they do not geek out like we do and they have timelines to meet and another story or 2 to work on at the same time. I find the same thing with almost every news article on Tesla. It is about sound bits, click bait and being first to print. Don’t forget to add a personal or company bias into the mix.

I just stumbled on a post in another Tesla forum which revealed that Extended Range Mode and the caveats associated with its use were features of the original Roadster! This is not inconsistent with my lifelong estimation of Consumer Reports relevance when it comes to technical matters. I disregard almost any opinion that comes from Consumer Reports.