We now know that the Cybertruck episode will air on Wednesday, May 27. Here's the episode description courtesy of @Delusional.

Jay Leno has talked about his experiencing driving the Cybertruck on Spike's Car Radio podcast on May 5. Listen to the entire podcast below:

Here's his impressions/review of the Cybertruck:


“Well, it is very Tesla-like... It’s very quick. It’s very interesting, some people like the styling and some people don’t. One thing it does do, it changes your perception of–trucks have looked the same since what? 1930? It is basically a giant grille with some sort of aggressive thing in the front, you know? This doesn’t look like anything else you’ve ever seen before.”​
​
“It immediately makes everything else look sort of old-fashioned.”​
Leno then asked Musk about the Boring Company tunnel, to which Musk answered:

​
“We drive the Cybertruck, we barely get it into the tunnel, and now we’re going like 50 or 60 miles per hour through the tunnel with a quarter-inch on each side.”​

Did everyone catch this quick look at Leno sitting inside the Cybertruck (in the season preview video below)?

The Cybertruck is featured in a just released video teaser for the new season of Jay Leno's Garage starting May 20.

Tesla CEO Elon Musk and the futuristic Cybertruck were caught filming near SpaceX headquarters late Friday afternoon for an upcoming segment of Jay Leno’s Garage. Once again taking the spotlight at the Tesla Design Center in Hawthorne, CA, the site where the all-electric utility truck made its shocking world debut, camera and production crew were setting up to film a scene near the famed Tesla Supercharger monolith.

In the images sent to Teslarati, Elon Musk can be seen inspecting the rear of the Cybertruck and its motorized rear tonneau, as film crew busily prepared equipment for the camera truck that would follow the stainless steel pickup past SpaceX.

Cameras rolled as the Tesla Cybertruck made its way onto Crenshaw Blvd. in Hawthorne, CA, with the iconic Falcon 9 booster and SpaceX headquarters framed perfectly in the background. A black truck with a camera rig flanked the electric pickup truck. The segment featuring the Tesla Cybertruck is expected to air on an upcoming episode of Jay Leno’s Garage. The talk show host and car enthusiast has been known to be a vocal supporter of Tesla and Elon Musk. Jay Leno has been quoted before saying that electric cars are the future and that these vehicles are far superior to internal combustion engines.

“I mean, the advantage of electricity. I have a Tesla. I’ve had it for three years. I’ve never done anything. There’s no fluids to change. There’s nothing. You know, For new technology to succeed, it can’t be equal. It’s got to be better. And they’ve (Tesla) sort of solved the battery problem. It can go 350 to 400 miles at a charge. There’s no maintenance. They’re faster than the gas car. So there’s almost no reason to have a gas car unless you’re doing long-haul duty,” the iconic show host said.

In 2018, the veteran comedian featured the next-generation Tesla Roadster on his automotive show where he talked about the supercar with Tesla’s chief designer Franz von Holzhausen. A few years before that, Leno gave his audience an up-close look at the 2012 Tesla Model S.

While Teslarati did not spot the Model Y in Friday’s filming of the Cybertruck, rumors surfaced last week that Tesla’s much-awaited electric crossover Model Y will also be featured on Jay Leno’s long-running car show. This information was reportedly shared to a certain Tesla Model 3 owner Michael Hughes by a Tesla employee who gave him an early tour of the Model Y interior.

Below is a good look at the Tesla Cybertruck accelerating down Crenshaw Blvd. with the Model 3 chase car and camera truck not too far behind.

I was just getting ready to post that myself but you have done a much better job of it! Can’t wait to watch it.

Finally some new news on the CT and a sighting video. Made my day.

Totally agree with you and I have already subscribed to Jay’s YouTube channel in order to see it as soon as it’s released. Exciting and can’t wait to see if any new info comes out. 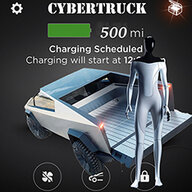 Video of Elon as passenger in the Cybertruck. 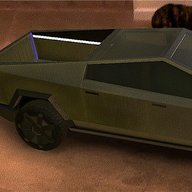 I just subscribed to Jay Leno's garage so that I will be informed when the Cybertruck episode gets posted. I think it is super cool that he and Elon share a passion for great automotive engineering and that we are going to see more of the Cybertruck in action. 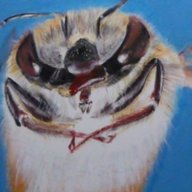 Administrator said:
Video of Elon as passenger in the Cybertruck.

This is a funny video, Look forward to the episode...and my Cybertruck! 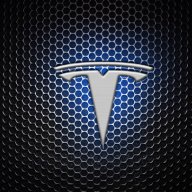 What ever happened to the Cybertruck being featured on Jay Leno Garage? I think I've hit the end of the internet during isolation and now would be a great time to see a Cybertruck episode drop.

stumby said:
What ever happened to the Cybertruck being featured on Jay Leno Garage? I think I've hit the end of the internet during isolation and now would be a great time to see a Cybertruck episode drop.
Click to expand...

No Kidding. I want more footage of the Cybertruck in action....or at least a scale model toy of one that I can play with at home.

IMDB has all the Jay Leno's Garage episodes listed but nothing for this year yet. Sometimes, they list the next season as well.
OP
OP 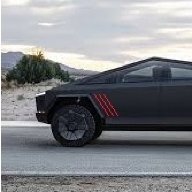 Garden_Aum said:
No Kidding. I want more footage of the Cybertruck in action....or at least a scale model toy of one that I can play with at home.
Click to expand...

Did you know that Mattel is coming out with a Matchbox Cybertruck? 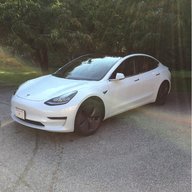 cybrtrk_maybe said:
Did you know that Mattel is coming out with a Matchbox Cybertruck?
Click to expand...

Yah, but it's electric......sorry couldn't resist.
I am actually disappointed that they didn't just make a free rolling old school version.

Thank you! I've been trying to find out when they were going to start airing the show again. Now, to get the air date of that episode!
Advertisement
You must log in or register to reply here.
Share:
Facebook Twitter Reddit Email Link

Poll: Jay Leno and the CyberTruck