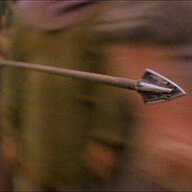 Has anyone heard about the suspension changes to CyberTruck and are there any reliable sources for information on the final design?

1. My understanding is the prototypes have all been based on the model X suspension, but the model X is not off-road worthy, not even in modest conditions.

2. Elon said that Tesla is working on improving the air suspension system on the upcoming Cyber to increase travel for "better off-roading." I believe he said the cyber needs to "kick butt in Baja.", but seriously.... Baja is hell on vehicles and the cyber will need a complete redesign if they want to make it past mile marker 50.

From my fiddling with my CAD models, from trying to put Model S batteries, drive trains and suspension parts into the CT CAD model, in 2019 already, I can make the following assumptions:

The rear suspension has to be a multilink inboard suspension system where the spring is mounted horizontally, and there is a lever linkage to change the up/down motion of the suspension arms to a sideways motion. The springs are likely to be mounted under the bed on the rear casting. The reason for this is that because the rear suspension is independent and not a rigid axle, there is no way to connect the arms to the body with a normal upright spring, because there are no wheel arches in the bed. This is confirmed by any of the rear wheel well pictures, and they show there is no upright rear spring. In fact, modelling from the prototype itself, if the rear suspension compresses to the max the tyres will not fit in the rear well arches without touching the bed walls on the interior. There is a bit of a widening in the bed, by using diagonal sections in the bed sidewalls to make it wider at the base (the fold line going down from the right red light) . As can be seen below, but other than tat it's really tight in the rear wheel arches for that size tyre and wheel. The wheel flares around the arch are actually 100% necessary to keep the wheel in the bounds of the vehicle, and aren't really ideal for aero.

I also expect the rear suspension arms to directly attach to the rear casting, that also forms part of the bed support frame and in turn connects to the outside wings and exoskeleton. That rear casting will likely be hollow underneath and in same sort of double arch shape for strength, so motor and suspension can be attached from under the vehicle. Allowing the completed frame to roll down the assembly line to get the drive components mounted. Also good for repairs, so you can just drop those parts out on a hoist. With the front suspension they actually have a vertical suspension spring assembly, so it's likely to be a more common coil over setup. I'm hoping its a double wishbone layout, which would be better for Baja etc, but if they're cheap it could be a MacPherson strut. The critical thing there is how long those suspension arms are (same with the rear ones) in that you want them as long as possible so that you have the longest lever arm, with the least amount of angle. Some info out there says the suspension will be able to adjust height by 14" or 16", the UI patents reference 20". From my playing in CAD even 14" is hard whilst allowing for some travel either way if you want to drive it. Travel is pretty important for offroad, and having the dynamic air suspension on independent suspension will be one of the best combinations for offroad, and even on-road performance that you can get. But they're are not the first to do this by a long shot. Landrover Discovery, Range Rover, VW, BMW and Mercedes etc have all had these things for decades.

Mercedes even has predictive damping using computer vision to change the suspension in realtime to smooth bumps it detects with the cameras whilst driving along. It also can tilt the vehicle into the turn (Like a motorbike) that keeps more traction on the inside corner wheels, which in turn has better grip, and reduces the likelihood of the outside wheels breaking out in a corner. Will be useful for a trailer too. I had a 2001 Disco with a hydraulic version of this (called ACE), and for onroad corning, most people where scared at my corner entry and exit speeds with it. Off road it also stopped the car from leaning on a slope, whilst allowing full wheel articulation (unlike a common rigid roll bar setup). This can all be done with dynamic air suspension too.

The Merc also can hop itself out of a bog. Synchronized with traction control this works quite well. In this situation lifting the wheels up to bottom out the vehicle onto the ground, and then manually filling in under the wheels, is also really helpful to get yourself unstuck. Also technically you should be able to use the single wheel lift feature as a jack to change the wheel (it's unlikely the CT will have a spare due to space constraints though). If it is a dynamic realtime setup like the Merc, there's quite a few feature and comforts it will allow, many that can happen OTA after delivery, if they can't get their software act together in time. The merc functions can be seen here:


One reason independent air suspension vehicles are good off road, is that if the airbags are crosslinked, they can handle wheel articulation really well, and evenly distribute vehicle load to all tyres. Unlike a rigid suspension setup with steel springs, where the compression of a spring on the high side only gives traction on that side, with independent air suspension you get maximum traction on any wheel that is touching the ground. You can also technically roll or tilt the vehicle in the direction of the hill for greater comfort or better weight distribution, or for at standstill to make camp.

Of course now together with the rear wheel steering setup things get even better. I was actually thinking they might make the front and rear suspension setups the same to save costs on a modular build, as both now steer too, but that might not be the case. I can't see enough detail from the information we have to make that prediction, and until now there has been no real pictures of the rear wheel steering setup, so its a bit hard to tell, what is going on under the hood atm.

For offroad use the rear steering also helps, in that the rear wheels can follow the same track, that has already been compressed by the front wheels. This saves the rear wheels from digging a new track, meaning more forward traction. Another thing that helps is that rear wheel steering will give you a faster turn rate but with a lower front axle steering angle. As most avid offroaders know, the general rule is, if you want traction don't steer. You want all wheels pushing in the same direction. With 4WS though the rear wheels will push in the same "direction" around the corner as the front. Together with independent wheel suspension as above, this will be formidable in tricky tight situations, where you would like to rotate the vehicle to get the back clear or over a bump, and is the equivalent of have a shorter wheel base vehicle. Obviously if it has crab steer, you can then move parallel sideways to avoid obstacles too.

For onroad use the 4WS is also useful. The common approach is to turn opposite the front wheels at slow speeds to reduce the turning circle required, but then at high speed on freeways etc, to turn in the same direction as the front wheels. By doing this you improve straight line stability because the vehicle does not change much on it's rotation axis, and stay more parallel to the line and move across. Also better for missing wildlife like the the famous elk test. This is also a key feature to get the high tow rating for the CT, because this movement stops trailer sway. I'd expect Tesla to add some active rear suspension and steering to improve towing performance as well.

On towing there's also some info on the UI patent that shows an autopilot for hitching up the trailer. I expect the rear air suspension of the CT will go down to get the ball under the hitch like many other air suspension cars do, but it will likely auto reverse up to the hitch when it sees it. Reversing with 4WS and a trailer should also be automated, with of course a detachable wifi camera you can put on the trailer that can be used for 360 view, and will likely be embedded into the FSD setup for trailer sway control, and rear traffic monitoring etc. It will have to actively track trailer position and calculate that in realtime to add it to FSD, and the reversing autopilot function.

I'm hoping there is some better integration with the trailer setup in general. One thing I'd like to see is at least a dedicated DC outlet to power trailer appliances, but even better would be 240V for RVs etc. It should also have a trailer control box, for electronic trailer brake control (also req. for heavy towing) along with trailer ESP and anti-sway braking. As well as a way to control trailer features from the CT UI, like trailer suspension, loading ramps, appliances etc. All this could be recognized with computer vision as well so it can be automated or added to the map database features.

Another thing for offroad or Baja I think would be awesome would be central tyre inflation. But I doubt we'll see this because of the additional cost, even though technically it's easier to do on a EV drivetrain. But otherwise a automatic central tyre deflation system would be nice, because you can activate it when you feel it's getting boggy and keep going. You only have to stop to put air back in from the compressor then.

This should cover the most important parts. Hope this helps!
Last edited: Jul 18, 2021