Cybertruck wouldn't be approved for sale in Europe (in current form)

Cybertruck legal to drive on Mars; in Germany, maybe not so much
Inspector says exoskeleton endangers passengers and pedestrians

Elon Musk's aspirations for the Tesla Cybertruck point to Mars. Based on comments from a German technical inspector, it appears the stainless wedge will be more welcome on another planet than in Germany and Europe. Stefan Teller is an expert with the SGS-TÜV Saarland in Germany, a Swiss-German conglomerate that performs technical inspection and certification for various industries throughout the world. In the automotive realm in Germany, for instance, vehicle owners must visit the TUV or similar body every two years for a roadworthiness inspection. As reported by Automobilwoche via Der Spiegel and Muscle Cars & Trucks, Teller said that based on what he knows of the Cybertruck, it wouldn't receive type approval for a mass-produced vehicle, and couldn't be sold in Germany.

The problem is the "nearly impenetrable exoskeleton" made of ultra-hard 30X cold-rolled stainless steel that gives the Cybertruck its shape, sheen, and sledgehammer-defying strength. Teller said the super-hard bodywork "contradicts the common European security philosophy" concerning vehicle occupants and pedestrians. He believes the toughened shell endangers passengers because, in an accident, "There are enormous forces acting on the occupants" such that "airbags no longer help there either." We haven't seen a Cybertruck in a crash test, so we don't know if or how Tesla's addressed this concern, but Teller believes, "The occupants feel safe, but they are not."

The expert thinks pedestrians will take hard knocks as well, which is a huge no-no on The Continent. National regulations over there demand that "The front of the vehicle must not be stiff," and, "The bumper and bonnet must be able to absorb energy to protect the pedestrians." If a sledgehammer swing won't leave a dent in the Cybertruck's bodywork, pedestrians and cyclists will get bounced off the pickup like squash balls.

Teller said the only way to German approval would be "strong modifications to the basic structure." As others have pointed out, Tesla could try going the route of certification as a specialized armored vehicle, but European regulators would likely see that as the end-around it would be.

When Autoblog spoke to researchers at the Insurance Institute for Highway Safety about the newest Tesla, they noted some of the differences between American and European regulations such as our lack of pedestrian impact rules. They also said it's too early to tell how the truck will fare in a crash test.

All we can be reasonably sure of is that whenever Tesla gets its Berlin-based factory running, the 500,000-unit annual production goal won't include any Cybertrucks. However, and perhaps most important in all of this, Musk hasn't said a word about any desire to sell the Cybertruck Europe, anyway. If Tesla's silverfish gets classified as a medium-duty workhorse to boot, we think there's even less chance it will tour Saxony and the Saarland as a regular production vehicle.

I don't think the design is even approved in the usa either. It's still basically an uncertified test mule.

That article was written before the total weight was released. If it stays the weight that Tesla told California, it will be classified as an N2 vehicle in the EU. N2 vehicles are exempt from the M1-N1 pedestrian/cyclist impact standards.

This is a bunch of nonesence, I was a motorcycle Rider and I am alive thanks to a Snell approved helmet, the Snell foundation believes in hard helmets, the government believes in soft helmets dot approved, it is the hard vs soft debate, since I was in a severe motorcycle accident and it was a hard helmet the helment only cracked on the outside, if I had been using a soft helmet my head would have been the crumple zone and most likely I would have died. The cybertruck provides strong crumple zones Wich means that in a severe accident the seat belt will hold you in place and your body will not be part of the crumple zone, I have seen crashes of cars with soft crumple zones and on severe accidents the whole car desintegrates, a stronger crumple zone provides additional safety for the driver and passengers.

Is the whole idea of a crumple zone a non sequitur? Large pickup trucks with heavy steel frames and even heavier engines and transmissions and transfer cases aren't exactly a crumble zone in the least. At least CT has a frunk with no heavy objects acting as a giant battering ram to smash anything and everything it runs into. Why is this even an issue? A vehicle that is more aware of it's surroundings than it's driver is a very good thing coupled with heavy weight and a very secure cage to be in. 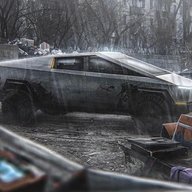 This is based upon nothing. The TUV expert have seen the CT in pictures. No one knows how it will react to a crash test.
Germans are scared! 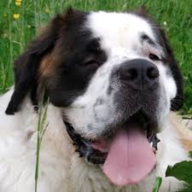 The truth is.. all speculation. As long as there is no car to test available Nothing can be said about it.

So far the 'expert' and his expertise is just a clickbait. It will be forgotten anyway when the CT is available.

The cybertruck provides strong crumple zones Wich means that in a severe accident the seat belt will hold you in place and your body will not be part of the crumple zone, I have seen crashes of cars with soft crumple zones and on severe accidents the whole car desintegrates, a stronger crumple zone provides additional safety for the driver and passengers.
Click to expand...

with a hard or no crumple zone you use up more of your opponents safety features. On non crumpeling objects you get way more injuries than in a softer car. That is why Pickups are such unsafe vehicles right now.

Teslas 'exoskelleton' is the same as regular cars. They pretty much have that too. They just call it differently. 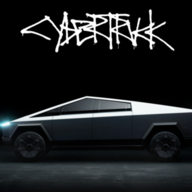 I cannot wait for the crash tests. I think it's going to destroy the test facility! 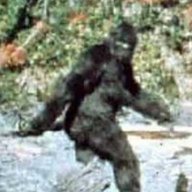 Crumple zone? Well, there are vans driving around. This should be able to be engineered to be mitigated, along with solving the European front bumper problem with possibly using different European bumpers consisting of a different material

scottysize said:
I cannot wait for the crash tests. I think it's going to destroy the test facility!
Click to expand...

In that case you die in your car and your realtives get a CT with a minor dent in the bumper. Crumple zones are most important.
Snuups

This video shows why crumple zones are important. Along with all the other safety features and testing. Tesla knows what it is up against and they have a reputation to up hold about safety they are not going to compromise. The CT will get tested and made safe as safe as possible.

This isn't news, it's only click bait and based one "Man bites dog" sensationalism, unfortunately this story is already considered real news. 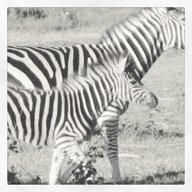 The German gov should pay more attention to diesel cars by VW and Daimler avoiding exhaust pollution regs and less to trucks not even in their purview.
I’m sure Tesla, who have a peerless record in safety, will do justice to this product.

David R Kirkpatrick said:
The German gov should pay more attention to diesel cars by VW and Daimler avoiding exhaust pollution regs and less to trucks not even in their purview.
I’m sure Tesla, who have a peerless record in safety, will do justice to this product.
Click to expand...

That’s silly. Germans don’t hate Tesla. Tesla is for sale all across Europe already. Cybertruck doesn’t change the competitive landscape any more than other Tesla models. Also, Germany happen to be far more progressive when it comes to renewable energy and electric cars. Adoption of electric cars is actively supported by German government and will probably easily outpace the US.

I am sure Tesla are already thinking properly about making Cybertruck compliant with the EU regulation. Not to mention - they are opening a factory close to Berlin.
Advertisement
You must log in or register to reply here.
Share:
Facebook Twitter Reddit Email Link

Cybertruck: The Most Bang for Your Buck Among Current and Upcoming EVs
2 3 4