Everything is better wrapped in BACON!
Advertisement
- FutureBoy I prefer this flag

This is my version of that flag. Hard to get through a store without talking to people though. I wear a Philadelphia Pride flag themed wrist-band, but yeah, the Progress flag is a bit much. I'm okay with it even if I still fly the old six-colors (and rail when people call it the 'gay' flag because the rainbow specifically meant everyone) in front of my house. At least hardly anyone uses the old Emoji anymore that I made from Microsoft thirty years ago...

It's okay to have more flags ^-^ If kids want to fly a new flag, that's a-o-kay. And there has been a problem with black and latinx representation in queer spaces, which is why the Philadelphia flag was created. But then you had the stupid LGB-not-T TERFs and so kids rallied around putting all the colors on a single flag, hence the Progress flag.

Personally, If I want more bands, I'll add them separately. 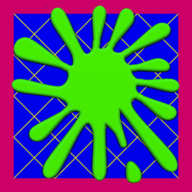 SwampNut said:
This is my version of that flag. Hard to get through a store without talking to people though.

Reminds me of this: R2 is asexual. C3 has never been afraid of his true preference showing.

Well, so much for me thinking I didn’t like that band. Turns out I like colorful things.