Does Tesla even need to create a new model vehicle to release a $25,000 car?

Tinker71 said:
To continue, If Tesla makes a $25k car it would need to be very different from M3. By different I think primarily small. I am thinking ~30% smaller than the M3.

The Bolt is technically a 5 seater at 70" wide. A true 4 seater could be 62"?? wide with a arm rest/divider. With 4 passengers the rear storage would be very small, not suitable for an airport shuttle, but with the ability to fold down a rear seat or 2 then 2-3 people could still do a road trip.

I suspect Tesla has been working on the $25k car with a small team, maybe in China per the original rumor this whole time. Delivery times are way down and the time to announce might be November with the quickest production ramp yet.

A one piece cast frame with BYD LFP blade batteries around 45kWhrs would make a safe and cheap tiny car.
Click to expand...

So this might be repetitive, as we have had similar conversations in other threads, but I have often pondered what the "$25k Tesla" would be. Let me preface my thoughts on the subject to frame my arguments somewhat:

From a "holistic" material and time of use perspective I think that we should all be driving a tandem two seater tadpole trike, or a 9-12seater van. The reason I say this is simply the passenger per vehicle per km distribution would make these two vehicle cover 90% of km's driven, without considerably impacting user convivence. That's simply the most common forms of passenger kms driven, the 9 seater van capable of any passenger number (within "normal" family sizes) and then optimised to filter out the under 3 passengers into a highly optimised 2 seater that would use less than a quarter of the energy the van would (or a CT for that matter). This is because of the frontal surface area of a single sea wide vehicle can be that much smaller and so much more streamlined over the length of the vehicle, and could be made in a single cast at very low cost even sub $15k is still profitable, seeing battery and drivetrain is also a quarter of the size and cost with the same performance.

The reason why van and not sedan, SUV, truck etc, is simply the volumetric efficiency of a van is superior in all cases as it uses the least amount of materials for the internal volume whilst being structural, and the manufacturing difference between a van and a sedan is inconsequential, especially if you actually need to transport minimum two or more people and the things they require, hence not using the optimized 2 seater trike option.

Now with that out of the way, we can pretty much be certain that Tesla, or in this case, in particular EM won't be going down the three wheeler pathway, although I believe his trike stability argument to be flawed.

This is a pretty important question I think, because at some point, in the not to distant future, as soon as driverless FSD is legalized, vehicle sales to private customers would gradually cease as robotaxi becomes ubiquitous with mass transportation. If that is the case, then will there at all be a need for a full range of car models? What are the sweet spots we can condense it down to, carrying in mind that with every optimization each vehicle will be more than luxurious enough even for discerning users. Look at what is standard in a M3 already, unthinkable in 1990's. I see this becoming even more so in the next 5-10 years. Let alone the disruption of the freight industry as well etc.

So if we end up with a comfortable, self driving (chauffeur anyone?), efficient, traffic reducing, and cents on the mile cheap transportation, where exactly can the car industry "improve" to? What feature is still missing that will add value to the car industry, within the physical limits of wheels on a road? I think at some point we will reach a saturation point for wheeled transport, and then go the flying route to get travel times down.

So do we even get the chance to buy a purpose built $25k model? Possibly not.
A subsidized M3 might be the last chance we get.

Technology is a lever on the environment to enact our will. Use it wisely and sustainably to positively change our future.
OP
OP

Tinker71 said:
A one piece cast frame with BYD LFP blade batteries around 45kWhrs would make a safe and cheap tiny car.
Click to expand...

But being manufactured outside of the US would not qualify for rebates here in the US. The rebates are so enormous that for both the manufacturer and the consumer to truly produce the affordable EV, it needs to be made in the US.

JBee said:
This is a pretty important question I think
Click to expand...

Humans are unpredictable. They come up with all kinds of hacks. Those may just be edge cases. I agree with your overall story arc. It might be ahead of the market by a decade.

After neighbors, family and businesses pool resources sharing transportation, a bifucation of the market happens along economic lines as your narrative suggests. But not before serious challenge for the 25mi. radius private car ownership. A 25mi. radius is the 90% transport ticket. Who’s the challenger? SXS Can-Am, Polaris, etc…

Legislation granting the SXS road legal access to public streets and an EV mfgr buying into the SXS platform are the two remaining obstacles for SXS crashing the BEV party. Trad OEM’s have sniffed and walked away. But its inevitable because people have needs that don’t fit into a taxi, van or trike.

The impending event to trigger a SXS segment in transportation is upon us - drop in discretionary income, recession and wealth erosion. SXS will swoop and scoop everything below $30k USD. Only niches will survive alongside SXS. Above SXS will reign Tesla and BYD plus boutique marques M-B, RIMAC, and Apteras of the world.

SXS kills hybrid on price alone. ICE generational longevity is EOL with a SXS ready to anyone that can afford $30k. By 2035 OEM ICE are history, excepting Africa, Australia, So. America and eastern Asia locales.

Bottomline Tesla’s $25k BEV will be a niche, albeit top of the segment niche. Tesla may witness the market ebb and its $25k market flow away in a goddamn dune buggy cosplaying as a BEV. For certain the SXS EV guts all 400 OEM/startups below BYD and Tesla.
RN112923939

What *IS* a $25k Tesla? What does that mean? What things does it give up to be cheap? Is it still "a Tesla?" Many things define a brand or model line. Many people say that the Liberty is not a real Jeep, and they are correct by many objective measures. But it has the label. Is the Smart EQ the "$25k Tesla?"

SwampNut said:
What *IS* a $25k Tesla? What does that mean? What things does it give up to be cheap? Is it still "a Tesla?" Many things define a brand or model line. Many people say that the Liberty is not a real Jeep, and they are correct by many objective measures. But it has the label. Is the Smart EQ the "$25k Tesla?"
Click to expand...

Tesla would probably make something that is merely a small Model 3. Every time they upgrade the design, they make it cheaper to build.

Is the Model 3 a Tesla? What did it give up?

"What is a Tesla" is a question I leave open, I don't know. If someone told me the Smart EQ was a Tesla I'd buy it, quality and feel are up there with the 3. But range is super limited, as is charge speed. Do we define Tesla by its battery?

What did the 3 give up? Apparently luxury and an overall tighter fit, I am told. Those are the common things said. Dunno. We went from a $74k BMW to a $50k Tesla and I think it was an upgrade, but people tell me I'm an idiot to think that.

I have more questions than answers. What is a Tesla?

JBee said:
because at some point, in the not to distant future, as soon as driverless FSD is legalized, vehicle sales to private customers would gradually cease as robotaxi becomes ubiquitous with mass transportation. If that is the case
Click to expand...

Right. See how that future qis going for Waymo, Cruise on a City-by-City basis. Linear change is in the bit bucket already. The future isn’t here yet. We live in the transition space, the interim not the critical point of ubiquity.

That “point” is not now. Its 25 yrs farther out. In 25 yrs. FSD is real, car sales uneconomical and Robotaxi is ubiquitous as ICE today. So more available than a Uber everywhere. Teslas will support your ubiquity knowing you, your preferences and configure any Tesla you use at the press of your Fob - anywhere in the world TaaS, someday …

Tesla have 20 yr run rate producing mobility for sale until that criticality happens. A $25k car absolutely serves Tesla’s purposes lubricating the transition off liquid energy while the new electron system is in the process of getting real ubiquitous. Kids need transport, medical necessity needs transportation and convenience still has a cost that a $25k EV addresses. There will be a regrettable pile of interim mobility obsoleted, for sure.

Tesla are smart about producing interim mobility, they can avoid being caught being discarded on the junk heap. Million mile batteries start to be enabling technology, Starlink abstraction layers and the network buildout begins to stratify a shape of things to come.
RN112923939 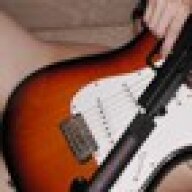 I'm worried the Cybertruck is going to be really expensive, even though it's supposed to cost less to manufacture than a traditional pickup truck.

Dollar values are going down and inflation is going up. I don't see how Musk can magically circumvent that. If each dollar buys less material; what do you do?

I'm worried the Cybertruck is going to be really expensive, even though it's supposed to cost less to manufacture than a traditional pickup truck.
Click to expand...

Cybertruck is really expensive - Giga experiment is a fail
RN112923939

What is the Giga experiment?

SwampNut said:
Dollar values are going down and inflation is going up. I don't see how Musk can magically circumvent that. If each dollar buys less material; what do you do?
Click to expand...

All you can to jump on the train.

Tesla will payoff loans with cheaper dollars in the future. You jump on that train. OR stand there as the train pulls out of the station.

GlockandRoll said:
What is the Giga experiment?
Click to expand...

GA,GB,GS are an exercise in mass producing at scale, Massive scale.

GigaAustin, GigaBerlin(GRÜENHEIDE), GigaShanghai, etc… are in actuality a production network. One of the network effects is on display as GA takes battery production responsibility for GB whose capacity is compromised.

Networks are subject to clusterf%&$. So keeping clear of one is first principles. Pricing so expensive that it shunts production, closes the factory triggers network effects. Tesla want you to be able to afford a Tesla.
RN112923939

Oh for fucks sake.
You are just typing nonsense. Tesla will not introduce the Cybertruck this year, and is not working on a $25,000 car now, says Musk

Does Cybertruck need mega-castings too?
2 3 4

Cybertruck is Eternal?... The last vehicle you ever need to purchase?
2 3

A wristwatch to compliment your new Cybertruck
3 4 5