Electrek: 2 New Tesla Vehicles to come out of Shanghai and Berlin design centers 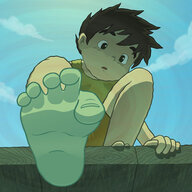 
Tesla’s short- and mid-term product roadmaps have been somewhat clear until recently.

The automaker is planning to bring to market the Cybertruck, Tesla Semi, and Roadster over the next two years.

After that, things get murkier.

Recently, Tesla has talked about designing and manufacturing new vehicles in Germany and in China.

At first, CEO Elon Musk talked about tapping into local engineering and design talent in those markets, but he then specified that Tesla plans to build teams that would design new models to be produced in those markets.

On top of it, Tesla announced last week that it will produce an electric car for $25,000.

Now in a new series of tweets, Tesla’s CEO confirmed that the $25,000 electric car won’t be a cheaper Tesla Model 3 and that the automaker indeed plans two separate new vehicle programs in Shanghai and in Berlin:

Tesla is also planning to build a design center in Berlin and Musk has previously talked about Tesla potentially designing a smaller electric hatchback in Germany.

Musk was never clear on a timeline for the new electric cars designed in China and Germany, but he said last week that a cheaper $25,000 could be achieved within the next 3 years thanks to Tesla’s new battery.

Electrek’s Take
I think we might be witnessing a small shift in strategy from Tesla here.

Tesla is currently making vehicles designed to pass regulations around the world with only minimal changes required.

With Cybertruck’s radical design, Elon admitted that Tesla is only trying to pass North American regulations and they would have to make a new design, likely with a smaller form factor, to launch the pickup truck in Europe and other markets.

Now we might be seeing a similar strategy for those new vehicle programs in China and Germany.

Tesla might not only be designing the new vehicle locally to fit the local demand, but they could also be made to fit local regulations, which would help achieve the lower price point.

To be clear, I am not saying that Tesla would lower their safety standards to just fit the minimum required in different markets. I don’t see that happening.

But there are plenty of automotive regulations that don’t necessarily have an impact on safety that vary greatly per markets and making vehicles that can be delivered everywhere is a lot harder.

It’s also not to say that Tesla won’t export those cars either with some modifications, like they do with cars produced in Fremont, but I think that could be a few years after the original start of production.

Interesting that these didn’t get mentioned at battery day. Are these just getting batteries from CATL so not really relevant to the battery day announcements?

I wonder what other international vehicles there will be. I suppose one is the Wolverine CT.

Well, they announced them before, but the vehicles haven't been designed yet, so there's no way to know what batteries they will use.

On the other hand, the slide with the different chemistry did show the hypothetical 2 over under the 'iron' based cells like they get from CATL:

So you're probably on the money in the short term.