tmeyer3 said:
In model Y, yes, but it is also a part of the frame. How do you know the production of the Cybertruck will be the same as the model Y? I mean, the CT doesn't even have a frame. If anyone actually knows how the CT production will happen, it'd be all over the place. But you're right, it could be exposed, but then wouldn't that make it a body on frame design like the model Y?

My assumption was based on how aircraft are made, since their design is closer to the CT than the model Y. The pressed parts are used internally for structure and load balancing.

But I have no idea, really lol
Click to expand...

Structural first principles the two exoskeleton outside trussed sailplanes want to be treated independently, fixed only at the end points with bracing members between the two.

Once the bottom two chords are mechanically tied, the engineering changes. The two sailplane trusses function and are treated as acting as a single truss.

It’s an interesting question how the floor of the Cybertruck vault bed is to be manufactured. IDK. Intuition steers me clear of IDRA press onto alum. alloy frame. Poly bushed over alum. alloy invites dimples at each mounting connection which means that that floor bed will be conventionally assembled with stringers welded underside which form the mount points and floor stresses. This is how pickup beds are mfgrd.

Who knows? How the floor will conform to the sailplanes? Independent or attached? Attached probably with adhesive flexible joint. WAG
Advertisement
RN112923939
OP
OP 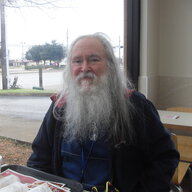 tmeyer3 said:
In model Y, yes, but it is also a part of the frame. How do you know the production of the Cybertruck will be the same as the model Y? I mean, the CT doesn't even have a frame. If anyone actually knows how the CT production will happen, it'd be all over the place. But you're right, it could be exposed, but then wouldn't that make it a body on frame design like the model Y?

My assumption was based on how aircraft are made, since their design is closer to the CT than the model Y. The pressed parts are used internally for structure and load balancing.

But I have no idea, really lol
Click to expand...

I expect the suspension and drive components (at least) will be attached to the aluminum alloy castings, and not to the stainless steel exoskeleton. I understand and expect that there will be one cast battery compartment, one rear casting and one front casting. But we'll be finding out!! ;-)

Gordon E Peterson II said:
I expect the suspension and drive components (at least) will be attached to the aluminum alloy castings, and not to the stainless steel exoskeleton. I understand and expect that there will be one cast battery compartment, one rear casting and one front casting. But we'll be finding out!! ;-)
Click to expand...

The expectation you describe is body on frame. Exoskeleton is completely rendered ornamental sheet metal.

Unibody absorbs unsprung weight in its frameless sheetmetal. Why would Tesla not choose to utilize the exoskeleton for picking up suspension loads?
RN112923939

rr6013 said:
The expectation you describe is body on frame. Exoskeleton is completely rendered ornamental sheet metal.
Click to expand...

Even crabs have internal crossbars to mount their legs on.

The casting is for the motor and wheels to mount to, and serves as the cross member between the side of the exoskeleton and then also support the load.

Think of the deck of a bridge. The sides of the bridge are the exoskeleton, the casting is the cross-member the deck sits upon.

Gordon E Peterson II said:
I expect the suspension and drive components (at least) will be attached to the aluminum alloy castings, and not to the stainless steel exoskeleton.
Click to expand...

Hmm, I'd have to agree with @rr6013 on this one. If the suspension is ultimately attached to the casting, then the body would be resting on this casting, making it body on frame. A unibody design, as they've advertised it, holds the load on the exoskeleton, not a frame/casting.
In short, the rear casting will be a cast aluminum piece, but that rests on the exoskeleton, which rests on the suspension. As opposed to exoskeleton, on casting, on suspension (body on frame). This is counterintuitive, I realize, since this is NOT how every other car is made.
Exoskeleton/skin -> casting/frame -> suspension (traditional truck)
Vs
Casting/frame -> exoskeleton/skin -> suspension (crazy-ass CT, as advertised)

Like, this is literally the frame. Everything else rests on it, weird! @Crissa is also completely correct. I think there might have been a miscommunication there. If Tesla stays true to the unibody and "structural skin" claim of the CT design, the casted pieces will serve as internal support to the exoskeleton, exactly like a crab!

Or at least I hope they stay true to it! It'll be cool to see how it all goes down!

Gordon E Peterson II said:
One thing that I've wondered about is whether there will be an issue of "electrogalvanic corrosion" where the aluminum and stainless steel are joined
Click to expand...

I'm not a chemist! But it is pretty standard to place non-conductive materials between metals of different electropotential. Galvanic corrosion would explain why they do that

I'm not sure how bad SS and aluminum would be... Copper on SS is pretty notorious though.

My educated guess is that the inner door frame stampings will be made from a thinner gauge stainless steel that can be formed with a stamping machine. It will be interested to see how Tesla will attach the thicker 3mm thick SS exoskeleton to the thinner SS stampings. I think there's more of a "hybrid" design happening.

Note the "exoskeleton" is also partially sales jargon, as is the "vault" cover.

I think they are making the exoskeleton a unibody and monocoque hybrid. A unibody is a single body made of different segments that are bonded together, a monocoque is a single part (can be molded/welded as one).

So I'm thinking the cabin part is a monocoque, a single welded steel structure, consisting of steel tube superstructure, pressed steel door surround, and together with the front and rear fenders forms the "exoskeleton" part, with the structural battery bonded on the underneath. I think the battery pack should remain replaceable, either as a whole or in parts unless they can be 100% quality assured, and protected against damage.

This "exoskeleton" forms the passenger safety cell, and the primary load bearing structure in the form of a truss from front to rear. This will carry the bed payload as well, and the weight of the battery back (700kg or so on the TM) to the wheels.

There is a possibility the CT won't have front and rear castings, but atm I don't think this will be the case. This really depends if there is a viable way to fold front and rear stainless steel assemblies fast and cheap into structural units. There might be a way, but we haven't heard anything like that yet, and it's hard to tell from the prototype Although the prototype might be the same shape and size as the production version, it doesn't mean the internal parts are the same construction at all. The prototype could just be a rebodied MX for all we know.

The reason why the casting will hold those parts is because you need to remove and repair suspension and motor parts. There's a possibility the suspension is mounted to the motor assembly, but I doubt it because I'm expecting the exact same motor gearbox assemblies as used in the Plaid in the CT, just with a different gear ratio. In the front the suspension coilover could be attached to the exoskeleton, but the suspension arms will also be on the casting, as well the bolt on motor assembly. BTW all the large sub-systems like HVAC etc will be located in about 80cm of space between the frunk and the front cab firewall.

Technically, there is no requirement that one structural element "carries" the other, like body on frame designs. I expect that each part is optimized for what it is best at. That means that it might well be that the torsional stiffness (twisting) is through the cabin, structural pack and castings but the weight and payload (downwards force) is carried through the exoskeleton parts to the castings directly. Inevitably some dynamic drivetrain loads (acceleration torque) will pass through the motor casing to the casting, with friction braking torque going through the suspension arms instead.

The bed platform will attach to the sidewalls exoskeleton mostly for "A" frame stiffening, and put payload forces directly into the rear casting and then suspension. Tow hitch is likely its own sub-frame that holds the rear of the tray and the rear bumper and is attached to rear casting around the rear underbed storage box. Its possible the rear sub-frame and/or bed are, structurally at least, the same part. There might just be a pretty bed floor on top. But once again I don't think it is because that rear sub-frame will also become the rear impact crush zone, along with a compressible section of the rear fender exoskeleton. We need to think reparability again, this time for smaller impacts.

Likewise, expect the front to also have a crush zone in the front sub-frame that also holds the bumper, and goes around the frunk. It's likely, due to their proximity, that the front compression areas are assisted by the front fender exoskeleton deformation as well, and incorporate some elements to deflect impact energy sideways instead of absorbing them, for partial head-ons.

The structural battery pack will need to absorb side impacts in a collision, so wants to be mostly incompressible. The pack is essentially protected by the front and rear assemblies, which will absorb most of the impact inertia, simply because that is the direction of travel, and the most likely direction of high speed impact as well.

With the superstructure above the waistline I have observed that some parts aren't where you expect them to be. The first one is the roof crossbar is in front of the "b" pillar, not on it. Second is that the structural "a" pillar is not were the windscreen touches the frunk hood, but rather much closer, in the blacked out glass section in front of the door. It's quite thick there, I'm hoping it doesn't impede forward vision. There it goes straight up to meet the windscreen frame, and then up to the roof cross bar, across the apex and back down the c pillar.

There is another structural element here that most look through. That is the glass roof and windscreen which are stiffening the cabin superstructure frame so they can better absorb rollover loads. Being laminate glass, these actually provide better impact protection than a steel roof (maybe not a thick SS one). But because of the straight glass sections used, it probably has to be a bit thicker than on a M3 etc. where the curvature of the glass gives it extra strength.

Maybe I should trying building a clone from Plaid parts seeing we probably won't see an official version in Australia until 2023-24?

Might the Cybertruck be built in NC (at future plant)?