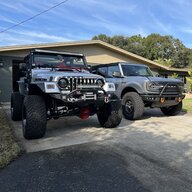 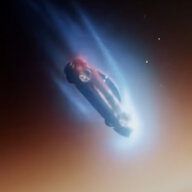 Might not have been the first. Electric vehicles existed in the late 1800s/ early 1900s before ICE vehicles dominated.

Y’all might find this interesting too. Given how common they were at one point, I’m sure there were electric taxies, you’d just have to dig a little to find out for sure. Might even have to dig through microfilm of newspapers from the era.

Wikipedia is way ahead of me:

Ranulf said:
Might not have been the first. Electric vehicles existed in the late 1800s/ early 1900s before ICE vehicles dominated.
Click to expand...

Yup, 1943 is not the first by 5 decades or largest. They even did battery swaps .

.....
Late 1890s
The first taxicab company in New York City was the Samuel's Electric Carriage and Wagon Company (E.C.W.C.), which began running 12 electric hansom cabs in July 1897.[38] The company ran until 1898 with up to 62 cabs operating until it was reformed by its financiers to form the Electric Vehicle Company. The company then built the Electrobat electric car, and had up to 100 taxicabs running in total by 1899.

1899 also saw a number of notable firsts for the Electric Vehicle Company. On May 20, 1899, Jacob German, driving an electric taxicab received the first speeding ticket in the United States. Later that year, on September 13, Henry Bliss became the first victim of an automotive accident in the United States when he was hit by an electric taxicab as he was helping a friend from a streetcar.

By the early 1900s the Electric Vehicle company was running up to 1,000 electric taxicabs on the streets of New York City until, in January 1907, a fire destroyed 300 of these vehicles, which, in conjunction with the Panic of 1907 caused the company to collapse.


The Surprisingly Old Story Of London’s First Ever Electric Taxi - 1896 Bersey electric cabs
https://blog.sciencemuseum.org.uk/the-surprisingly-old-story-of-londons-first-ever-electric-taxi/
.....
Exhibited at a South Kensington motor show in 1896, 12 electric cabs, the Berseys first appeared on the road on 19 August 1897. When the taxis were first unveiled, they undertook the London-Brighton race. According to reports, the taxis could not complete the 60 mile journey and completed part of the race by train.

Rates were the same as horse drawn cabs. The cab could take two passengers and was fitted with electric lighting both inside and out.

Science Museum exhibits London's 1897 electric taxi
By Liat Clark
28.06.2012
https://www.wired.co.uk/article/1897-electric-car
.....
The 1897 Bersey taxi, developed by Walter Bersey, was London's first "self-propelled" vehicle and, at its peak, had a fleet of more than 75. "We think of electric cars as something really futuristic we're investing in to cut climate change. But they're actually a lot older than we think," said Selina Hurley, curator of the Climate Changing Stories exhibit at the Science Museum where the elegant-looking wooden carriage is on show.
.....
Bersey was finally forced out of business in 1899. This was largely prompted by a campaign led by London cab drivers fearing for their jobs, a campaign supported by the press which published a series of stories on the vehicles' breakdowns and accidents.

The History of the Electric Car
Department of Energy
September 15, 2014
https://www.energy.gov/articles/history-electric-car
.....
Here in the U.S., the first successful electric car made its debut around 1890 thanks to William Morrison, a chemist who lived in Des Moines, Iowa. His six-passenger vehicle capable of a top speed of 14 miles per hour was little more than an electrified wagon, but it helped spark interest in electric vehicles.

Over the next few years, electric vehicles from different automakers began popping up across the U.S. New York City even had a fleet of more than 60 electric taxis.