Fold down entrance to the bed from the cabin 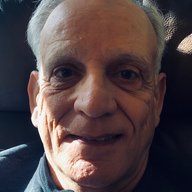 Nothing I would want or need.
Advertisement

To me a pass-through large enough for a person to crawl into is much more elegant than an open wide space to the bed. I agree that this type of pass through is the most likely.

My truck driving was for jobs I worked or my businesses. Drove F-100/150s/250s, Chevy PUs, vans, small box trucks, and various forklifts. Never drove semis or any vehicle needing special license.
Did get to ride in friend's huge combine at their farm.

Oh, I forgot for a couple years over 40 years ago. I did have one personal truck ( fourth vehicle of my menagerie of vehicles at the time, late 1970s).
It definitely was not a daily driver but did help me hauling stuff for a property I had at the time.
1953 Willys Jeep pickup

Looking forward to driving a Cybertruck.
Click to expand...

Drove an RX8 for years, yes, baby brother to the RX7 but it wasn't available when I bought the RX8. The 8 was such a beautiful drive, yeah not brutally quick in a straight line, but so balanced, so easy to drive fast and that sweet rotary sound when at 9,000rpm... ah...

Dids said:
I agree that this type of pass through is the most likely.
Click to expand...

I'd be very happy with that, especially if my kids can get through it, even better if it allows my fat ass to squeeze through.

Just need to be able to reach through to get to stuff when sleeping in the bed, and also act as a bear escape hatch which is seeming more and more important the more I read about camping in certain areas of the US. LOL Also handy for long items.

They'll need some safety system so the cover won't roll up while it's open of course.

A safeTy system will also be needed to get out of a closed vault. Hoping for a light and emergency release latch for tailgate in addition to vault doors controls.

If the midgate cannot be accessed from the vault, most likely cannot open the vault when mid gate is opened. Accessing will need to be from midgate or tailgate. Without a way to close the tailgate, sleeping in the bed will be a little more tricky unless sleeping with the vault open.

I am curious on the results.

Kamin said:
I would be happy with a door in the mid-gate big enough to fit through and only could be used if the roll cover was over the bed. The drawings seem to indicate that when retracted it blocks the mid-gate.
Click to expand...

Give me a sliding window above the retracted cover. I just need to be able to poke a few long items though to the cab on occasion. If I stay skinny enough I could get through with a little work. It doesn't have to lay flat

John K said:
A safeTy system will also be needed to get out of a closed vault. Hoping for a light and emergency release latch for tailgate in addition to vault doors controls.
Click to expand...

There are lights along the sides above the wall-slot, and there's control panels on the left and right near the tailsgate. CyberMoose said:
Probably one of the most talked about features on this forum. Between the members here, we've probably gone over every little detail from pictures, videos and patent designs to see how a midgate might be able to function to allow a large passthrough for hauling long objects or making the Cybertruck a kick-ass camper.

So far, we haven't really found it realistic, but everyone is holding on hope. The shape of that wall makes it difficult since it isn't actually flat, it curves back with the rear seats. The wall also seems to house part of the cover while the vault is open, so Tesla would need to make sure the cover can also fold with the wall, but folding in that direction with the current cover patent design would require at least one section of it to have a joint that can bend both ways.

On top of all that, the seats also need to lay flat lower than the bed since the wall would lay on top of them to form a flat surface (if done optimally); the way the chevy avalanche did this was to have the bottom of the seats go forward and rest vertically against the backs of the front seats, the backs of the rear seats then folded down and just barely fit in that space. The problem that the Cybertruck might have with this same design is that the seats in the Cybertruck are taller than the compact ones that the avalanche put in, probably just for the ability to work with the midgate. On the other hand, the Cybertruck seems to have more leg room so that same method might actually work.

You'll be able to find lots of the discussions we've had on this subject if you search the forum for midgate. I'm still pretty hopeful for this feature, I think a lot of people have expressed interest for it. But at the same time, it's really only if they can find a solution for it that doesn't involve sacrificing features that people want more. I don't really want to lose space in the bed, nor do I want to lose cabin space for front or rear passengers. We've just got to trust that Tesla engineers will do their best to give us what we want, and if they can't, oh well.
Click to expand...

When I was young there was no back seat. With the fold down option there should be no back seat. Pay attention to the trucks on the road and I think you will find very few have anyone in the back.

So you want a midgate that folds into a space that's big enough for a rear seat, but you don't want the Cybertruck to have rear seats?

Also I am from a small town. I live outside of a big city for work and most the time when I need stuff, I don't go to the city, I drive in the opposite direction to another small town (friendlier people) for our supplies and shopping.

Most of the farmers at the farmers market bring their families with them. They definitely have kids in the back of their trucks.

I know a group of pipelayers that all carpool to their jobsite every early morning when I see them at the local coffee shop. That's 4 guys in one truck.

The contractor that I hired last year to help me install the carport on my property had carseats in the back.

And then there is me who will use the Cybertruck as a family vehicle as well as a work truck, and my friends who use their personal trucks in the same way.

Sure, I see a lot of trucks on the road with just the driver. Maybe that's during their work day. Even if someone just has rear seats for picking their kids up from school, or going on a family camping trip, there is often a reason that they bought a truck with a rear seat, even if there isn't anyone in it. Just like I don't currently have kids, but I definitely want that second row of seats for when I do.

There are a lot of families (two adults + 2-4 children) using super crew cab pickup truck instead of an SUV.

what would be the issue if the back seat fold forward to creat a stop for the load when the midgate is opened? (Hypothetical)

Assuming one body variant will be produced before rolling out other models, which version do you believe would benefit more for Tesla, quad cab (well, 6 seating) or single row seating?

I would not be a buyer at single row seating.

Why would anyone need this? Just out of curiosity.

Cyber-ely said:
Why would anyone need this? Just out of curiosity.
Click to expand...

Whenever I road-trip, I always end up with something on the roof. A pass-through could eliminate this.

For camping, it would extend the sleeping space. (I used the pass through in my last sedan that way. Stuck my feet in the trunk and slept in the back.)

I don't need or care much about having a big pass through area, but window would be quite nice. It's a way for people riding in the bed to chat with people up front and for long items to go up into the cab. Having it big enough to crawl through would be a bonus.

Cyber-ely said:
Why would anyone need this? Just out of curiosity.
Click to expand...

People that want to haul stuff too big for the bed even with the tailgate down. It would make the CT awesome for camping. it would be great for pets since you could have the vault closed and then dogs couldn't scratch the seats.
Advertisement
You must log in or register to reply here.
Share:
Facebook Twitter Reddit Email Link

What's this? Are they fly window locks? Cameras for the Leno show? Rear window locks to fold it down?
2

Tone down the accolades

How the Cybertruck will turn the Auto World Upside down

Additional kid seats in the bed?