Full Self Driving... ON MARS! 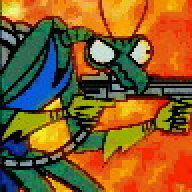 NASA is developing an artificial intelligence which will be used to help future mars rovers pilot themselves with less human input.. And they need YOUR help.
https://mars.nasa.gov/news/8689/nasas-mars-rover-drivers-need-your-help/

They need humans to classify objects in images taken by previous Mars rovers, then the images can be used to train the AI computer. Basically they want to know... Is that a rock, or is it sand? Kinda boring work really, but if a few thousand people do a few hundred images each, it starts adding up.
The project home page is here. Create an account and you'll be a Martian Geologist in no time. When Tesla `sends a rover, you'll be able to say you were a tiny part of it.
https://www.zooniverse.org/projects/hiro-ono/ai4mars

If you don't like Mars' dirt, this just is one part of a much larger project called zooniverse. They need your help to classify images of many different kinds of things. Choose your poison. Many people like classifying images of African animals on trail cameras, those projects get finished quickly but there's always another on the way. Transcribing centuries-old weather records is important. I spent a lot of time on an project where letters sent home from WWI soldiers were transcribed. I would do one or two letters every day for a year. Enjoyed every minute of it.
Classifying galaxies is my favorite, it's harder than most of the other projects.

It uses our knowledge to learn how to do it itself.