General Motors is looking at building a second plant in the U.S. to produce battery cells for electric vehicles through a joint venture with LG Chem.

The automaker confirmed the plans Thursday morning after The Wall Street Journal reported the companies were close to a decision to locate the plant in Tennessee, but a final selection hadn’t been made. GM said it hopes “to have a decision on the potential project” by June.

Through their Ultium Cells LLC joint venture, GM and LG are currently spending $2.3 billion for a new battery cell plant in Ohio. The facility is expected to be completed in 2022, allowing the automaker to lower costs and bring vehicles to market more quickly. The plant is considered a linchpin of GM’s plans for its next-generation EVs to be profitable.

Ultium is GM’s next-generation batteries and platform, which is expected to debut later this year in the GMC Hummer EV pickup. The first vehicles are not expected to include Ultium battery cells from the plant that’s currently under construction.

“We’re able to, in many cases, retrofit existing propulsion plants to do that,” he said during a Goldman Sachs conference in December. “In some cases, we’ll be building new ones.”

Ford has not announced any plans for investing in U.S. battery production. Most batteries currently are manufactured in Asia and Europe. Tesla currently operates a massive battery and cell manufacturing facility with panasonic in Nevada. Tesla also told investors in September that it started producing its own cells at a pilot plant in Fremont, California. 
General Motors Co. and Korea’s LG Chem Ltd. are exploring a project to build a second battery plant in the U.S. to make cells for the future electric vehicles that the automaker has planned for its home market, a spokesman said Thursday.

The two companies are looking at different sites to build a plant that would be similar in size to the $2.3 billion facility currently being built in Lordstown, Ohio, and have talked to public officials in Tennessee. GM will make a decision in the first half of this year.

GM and LG’s LG Energy Solution unit will need the second plant to make cells to power the expanded family of electric cars and trucks that are planned over the next five years. The automaker has announced that it will build 30 of them by 2025, with many going on sale in the U.S.

“GM and LG Energy Solution, via the Ultium Cells LLC joint venture, are exploring a second battery plant in the U.S.,” said spokesman Dan Flores. “We hope to have a decision on the project in the first half of 2021.”

GM may need to build more battery production beyond the second plant if EV sales take off and its planned plug-in models become popular, said a person familiar with the matter. Chief Executive Officer Mary Barra has huge plans for EVs, including selling only zero-emission vehicles by 2035.

GM and LG already are constructing the first EV battery plant in Lordstown, the same city where the automaker controversially idled and then sold a car factory more than half a century old. That plant will employ more than 1,000 people and supply batteries to Factory Zero, the electric-truck plant that sits on the border between Detroit and Hamtramck, Michigan. 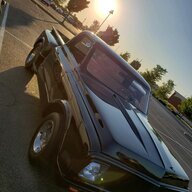 Cool. How many GWH of battery cells do they need to achieve their goal? How many of each model are they targeting as an annual run rate? Does LG / GM have contracts with suppliers in place, specifically for nickel, lithium and cobalt since they will be using NMCA chemistry in their Ultium cells? If so, what do those raw materials amount to as a GWH annualized run rate?

What good is 30 models when the battery supply chain can only support a limited number of units per model? Whats the margin on those models at that limited run rate? So many questions...

The whole argument that GM knows how to make cars is ridiculous. Do they know how to make mass produced electric cars? They only make about 20k Bolts a year and who knows what the margins are on those things.
You must log in or register to reply here.
Share:
Facebook Twitter Reddit Email Link