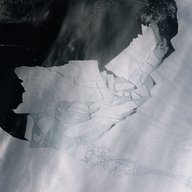 if you’ve never visited the Green Car Reports website, check it out.
It’s a great source of news for Tesla and the broader EV market and industry.

And is there hope for battery swapping after all?


This is our look back at the Week In Reverse—right here at Green Car Reports—for the week ending April 9, 2021.

A series of announcements from General Motors earned the most attention in stories—and audience—this week. It all started last weekend, as GM revealed the 2024 GMC Hummer EV SUV. Although set to arrive in early 2023, more than a year after the Hummer EV SUT pickup, the SUV will offer a shorter wheelbase that favors off-road maneuvers—and although the battery pack is somewhat smaller it will still offer up to 300 miles of range in some versions. And we underscored what it will mean for these models to get 800-volt DC fast charging, with the Hummer EV SUV capable of gaining 100 miles of range in 12 minutes, and a smart charging planner capable of planning on- or off-road routes. On Tuesday, GM also revealed that it plans to use Factory Zero—its plant in Hamtramck, Michigan—to build a fully electric version of the Chevrolet Silverado pickup, next to the Hummer EV SUT and Hummer EV SUV. In a follow-up, based on our own interview time with the Hummer EV’s chief engineer, we examined how GM will be able to produce a fully electric Chevrolet Silverado with 400 miles of range. Hint: you need only look at how the GMC Hummer EV is being developed. We drove the 2021 Polestar 2 and found that it feels far closer to a fully electric interpretation of Volvo’s performance-oriented models of the recent past than it does a direct rival to the Tesla Model 3 or Model Y. Polestar announced earlier in the week that it’s planning to build a climate-neutral car by 2030.

One of Volkswagen’s top executives disclosed to a German business publication earlier this week that its vehicles that are built on its mass-market MEB platform—like the VW ID.4—will be getting bidirectional charging starting in 2022. Meanwhile here in the U.S., California is studying how vehicle-to-grid (V2G) technology might work within the state’s regulatory framework, so that it could help stabilize the power grid.

The analysts at Bloomberg New Energy Finance see “some reasons for optimism” in EV battery swapping technology, which has already caught on for some brands and uses in China. The U.S. potential for the tech is primarily in taxis and ride-hailing. Earlier in the week, Nissan teased in a video that it’s working to tune its upcoming Ariya electric crossover differently for each continent or market. And according to a report out of the UK, Nissan is planning a smaller electric crossover that would slot into its lineup below the upcoming Ariya—and be about the size of the European-market Juke or U.S.-market Kicks. Is it a future Leaf, or a new standalone model?

Toyota revealed a “partial hands-free” driver-assistance system that it’s pitching with a more conservative approach than what you’ll find from Tesla. Called Toyota Teammate or Lexus Teammate, it’s making its debut on the Toyota Mirai hydrogen fuel-cell car, or initially in the U.S. on the Lexus LS 500h hybrid sedan.

EPA administrator Michael Regan has indicated that he will seek to reverse Trump administration standards for fuel economy and emissions, in new standards due to be announced in July. Meanwhile, the Biden administration faced criticism that its infrastructure proposal spends more on electric-vehicle chargers than on roads, highways, and bridges.

An ITC decision opened up the possibility that the battery supplier SK Innovation might not be banned in the U.S. after all. That could be a good thing for more U.S.-made EVs.

And for last weekend, we brought you an up-close look at some of the details surrounding Mercedes-Benz’s upcoming Model S-sized EQS electric luxury flagship—in the form of 12 things to know about the EQS.