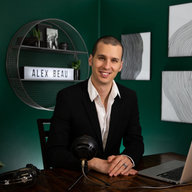 Hey Everybody! I made a video covering the recent news with the Lincoln/Ford and Rivian partnership, as well as a specs comparison of the R1T and the Cybertruck. Also some brief coverage of Tesla's Q1 earnings call. Let me know what you think!

I think it more firmly tilts in the CyberTruck's favor if you include the access to the SuperCharger network and the solar panel option.

The SC system is still a tremendous advantage to Tesla but the magnitude of this advantage is shrinking with time as EA rolls out more chargers, resolves the problems with their hardware and software and is no longer charging astronomical amounts per kWh. Tesla will always have an advantage in that they have placed SC more strategically (i.e. just off highways, in freeway rest areas... as opposed to EA's chargers which tend to be in Walmart lots). Nevertheless at this point the long trip I do regularly would only be slightly more inconvenient in an R1T than it is in a Telsa and cost $55 more in electricity which I can handle twice a year. And we haven't yet seen what Rivian might do in terms of subsidized or free charging. Another big advantage of the CT is the longer bed. Rivian's huge advantage over CT was that they could deliver a year or more earlier. This seems to be slipping away as the virus, and I suspect other factors, seems to have slowed them but does not appear to have slowed Tesla. If the apparent delivery dates continue to converge I'll probably cancel my order for the Rivian. I think it's a really nice truck but I'm not Jay Leno. Their other advantage, 400 mi range, has already been taken from them.
Last edited: May 26, 2020

Marketing gimmick or not, if in 8 to 10 hours of sunlight it can generate 15 miles of range (or keep any noticeable phantom drain at bay), I am willing to pay up to $2000 USD for that feature (and have factored it into my proposal for financing to my CFO, the wife).

I'm willing to pay that much for it even though I know it will not generate 15 miles of energy per day. People just can't seem to grasp that that was an Elon number pertinent to a southern desert near the summer solstice. Where I live if it delivered 15 miles on the best day of the year at the summer solstice it would deliver 2 on the best day near the winter. That's not enough to cover my phantom drain.

How Cybertruck Compares to the Rivian R1T

Watch Rivian R1T Submerge To The Level Of Its Lights
2