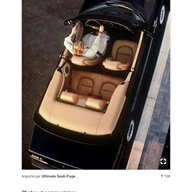 Not the well known muscle car plymouth but interesting too

We are all most anxious to see what they will say on Battery Day, I'm sure the 500 miles range of the TriMotor CT depends on the use of these newer cells.

I think people keep saying that, but I do not think that is true. Tesla hasnever stated the range based on what they hoped to accomplish. They give specs for what they can do at the time, then improve them when they make it more efficient.

If they gave specifications on what they hoped to achieve, then that seems like a change in the way they approach things.

Well of course they are going to specify the CT in terms of the technology that they will use to build it. They'd be fools not to. Sometimes they get a little carried away as with FSD (coming later this year for how many years now?) but in general they are pretty much right on, But of course one never really knows the future until it is upon him and the CT Trimotor might only have 400 mi range. Were this to be the case it would be a very, very big embarrassment to Tesla so I think we can be quite certain that the promise of Roadrunner will be fulfilled.
OP

agree with you, elon treat as liar EPA for just a difference of 10 miles on the new model S long range, so i dont' think i could not do 500 mi with the trimotor.

so up to 160/200 kWh standard battery or new battery improvement to get this ? i think this will be revealed at the same time as the definitive CT specs in a few months

Somewhere I read that they basically double stacked battery modules to get the CT to the 500 mile range. I really hope they move to prismatic batteries that have more punch per pound so that they can keep the CT reasonably light while maintaining the range. Actually, I'd like it to have a usable range of 500 where you don't have to go from 100%-0% to get that 500 miles. Three weeks. We'll know more in three weeks. I haven't seen Elon give a mileage figure that he didn't hit so I'm not worried about the CT NOT hitting at least 500 miles.

I'm MORE worried that he'll say something like "We are now going to release a quad motor version that will go 750 miles" Because then, I'll be sorely tempted to change my order. Argh... Can't wait till battery day!

I am not doubting that Tesla has made HUGE investments in battery technology and I do expect them to announce something similar (if not this roadrunner thing exactly), but that is not the same as saying that they assume it and have released specs for upcoming vehicles that have to have it or it will not reach those specs.

Now, I do see it possible that it would have the specs they give using a 250kWh battery pack, but the new technology may make that pack now the size of what they could make now that would be 200, or maybe even 175 kWh pack would weigh.

Elon called the EPA a liar? I think he was upset they botched the test (or what he assumes they did), but not sure he said they lied.

This battery technology would not change the amount of kWh needed to be in a pack, just that they could get more kWh per weight or volume. So, if using the batteries from the Model 3 the battery pack for a CyberTruck with 250 kWh would have weighted 3,000lbs (total guess, I could be wrong), now it could weight 2,500 or maybe even 2,250 lbs. This means because the vehicle is lighter with the same energy, it will be a bit more efficient, due to less weight.

As others have discussed in other threads in great detail, weight at highway speed is not as big of an issue as aerodynamics.

I‘m tired of reading all of the battery manufacturing and technology rumors and want facts straight from the horses mouth. I am guessing that Elon will announce a live stream date by the end of next week.

Fatherhood has not slowed him down previously...

I also would prefer facts, but until we get those facts, I am ok doing some wild speculation... though I have the understanding that is what all this is, so the reality could be much different. (ie, I am not getting my hopes up)

ldjessee said:
I think people keep saying that, but I do not think that is true. Tesla hasnever stated the range based on what they hoped to accomplish. They give specs for what they can do at the time, then improve them when they make it more efficient.

If they gave specifications on what they hoped to achieve, then that seems like a change in the way they approach things.
Click to expand...

Agreed. They said that the single motor would get 250 miles, which is what they say for all entry-level cars, so I suspect that they sized the battery pack based on M3 batteries. Any improvements in battery technology would improve the range or reduce the weight. It is possible that they already had battery technology and batteries that they ‘knew’ they could deploy by late 2021 but that is risky.
Advertisement