Shark Tank Judge Believes in and Has Reservation For a Cybertruck

"...in a recent conversation with noted YouTube tech reviewer Marques Brownlee, O’Leary admitted that he actually placed a reservation for the upcoming all-electric pickup. He is even getting the tri-motor AWD variant so that he gets maximum range and power for long trips. Discussing his reservation, O’Leary stated that the Cybertruck is not really a pickup truck in the traditional sense of the word.

“It’s not a pickup truck. It’s some kind of other thing, but it’s grown on me. That Elon guy, he kind of steps ahead. He kind of reminds me of Steve Jobs in a way. I used to work for Steve in educational software and I’d always say to him ‘Steve, what about the research.’ He said ‘Screw the research.’ People don’t know what they want until I tell them.’ And I said, ‘You arrogant prick. How can you say that?’ And he was 100% right. That was it. He was not an easy guy to work for, I gotta tell you. And I’m trying to be nice,” O’Leary said.

O’Leary’s statements about market research are true. Tesla and Elon Musk did not do traditional market research for the Cybertruck, which is among the reasons why the vehicle in itself is so radical. Despite this, the vehicle is also a culmination of exchanges between Elon Musk and the online community, with both parties brainstorming features and capabilities that are most important in an all-electric pickup. As Mr. Wonderful said, people like the legendary Steve Jobs and Elon Musk are steps ahead. For visionaries such as these, market research may not be a very useful tool at all. " 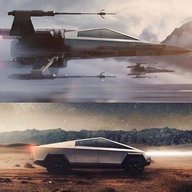 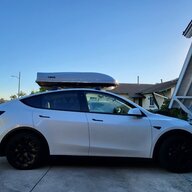 I believed Elon Musk is a true future Visionary than Steve Job. Also as a human being, Elon is way better!
Last edited: Dec 18, 2019 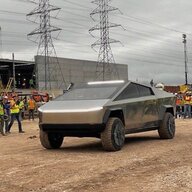 Hopefully him and the mrs don't go out drinking in the cybertruck. 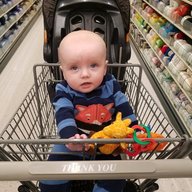 CyberLandr for Cybertruck has gained $50 million in pre-orders
2

Did you notice the Cybertruck has built in steps?
2