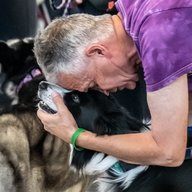 I wasn’t going to get one of these, but hopefully the 500+ Cybertruck is still on the menu.

I’ll still get one if it’s around 400 miles, but would like the extra range. 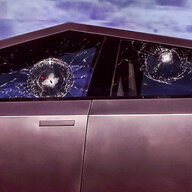 well that's disappointing. 4860's obviously won't be ready for a while.

The CT has the bigger battery for towing, not for range. But if you put in a big battery you are going to get more range too.

I think the man is right. Four hundred miles is enough but look at the big deal Lucid makes out of their 500 miles. I would have thought that Tesla would push the longer range sedans for competitive reasons alone. Perhaps the battery shortage rules.

400 turns into 250 in the winter or hilly terrain. I will cancel my order if they pull this with the CT3

Akgolf said:
I wasn’t going to get one of these, but hopefully the 500+ Cybertruck is still on the menu.

I’ll still get one if it’s around 400 miles, but would like the extra range.

The CT is different from the MS. It has to haul stuff and tow things, and it needs more battery to do so. For people using the truck without huge payload or vehicle towing the mileage is set high presumably so that when towing or hauling you get a 'reasonable' distance per charge. At 400+ miles the MS already has good range and doesn't have the extra needs the CT owner has.

Yakuza said:
400 turns into 250 in the winter or hilly terrain. I will cancel my order if they pull this with the CT3
Click to expand...

This is not true.

It's really unfortunate that we won't be seeing the Plaid Plus. Personally I wasn't planning on getting one, just a regular plaid since it already seemed to be more than enough in a sedan for me. 500+ miles would obviously be amazing in a sedan but I couldn't see myself ever really needing that.

While i'm sure a lot of people will be disappointed, if tesla brings out 350-400kW chargers, going from 15-80% would take less than 15 minutes. At a version 3 supercharger it would be roughly 25 minutes and at a version 2 maybe about 30 minutes.

It still may be possible to upgrade the range in the future. I remember there was an article about how the model 3 was built to last a million miles and the battery to last 300,000-500,000 miles. Elon said that the battery modules would be replaceable. It will take an average driver about 2-3 decades before they would require a new battery, but maybe after a few years with new technology, you could replace the battery modules for a significant range increase. Elon estimated the cost is $5000-$7000, that would be definitely be worth it if someone was looking at the Plaid Plus for the additional range.

That's possible but it also just might be limited supply. As far as i'm aware (I could be wrong), the range of the Semi and Cybertruck will rely on getting these new batteries. I think the release of the Cybertruck is very important to Tesla since it's so highly demanded and it gets them into the truck market which is so popular in North America.

I think Tesla will mostly rely on the Roadster to maintain their #1 status for performance for PR reasons. Their mission is to switch as many vehicles to EV to save the environment. Maintaining multiple high performance SX model variants just to stay ahead of Lucid probably does not make sense for them. Production and supply chain efficiency is where they need to focus. Put those engineers work on fine tuning the CT.

At some point we will see a Plaid plus.....when the time is right.

Combined with Elon's comment to Joe Rogan that they're targeting 300 miles for the CT and that there is a weight-range sweet spot there, this is the first time I'm really skeptical we'll see the 500 mile CT. Hopefully we find out this month. 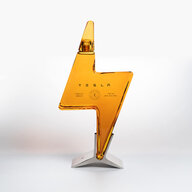 jhciv said:
Combined with Elon's comment to Joe Rogan that they're targeting 300 miles for the CT and that there is a weight-range sweet spot there, this is the first time I'm really skeptical we'll see the 500 mile CT. Hopefully we find out this month.
Click to expand...

I said at the time the Joe Rogan interview didn't give me the warm and fuzzies about the CT, in particular the CT3. I'm concerned about the range, I really do want 500 miles for my Canadian winters.

WRT the CT I think the biggest thing we have to fear is that they will pull a Rivian on us, that is, produce the lower range variants first because of limited battery supply.

CT will be the next to be cancelled, at least the trip-motor.

CyberROD said:
CT will be the next to be cancelled, at least the trip-motor.
Click to expand...

One of the really nice perks of the Cybetruck is that it is supposed to do so much and is supposed to do it all exceptionally well. More towing capacity than most trucks, higher bed capcity than the average truck, better acceleration than almost every car on the market. It's no wonder that Elon wants the Cybertruck as his daily driver.

The plaid plus was Canceled but that was mostly just increased range over the plaid itself. The Model S Plaid will still have a tri motor configuation just like the Cybertruck. It would be shocking if they have a tri motor sedan but not a tri motor truck.

If they got rid of the tri motor, that could really hurt a lot of the customers that are looking for a good work truck for a large area, especially up north. 500 miles of range is really nice but if you live somewhere with harsh winters and plan on towing a lot, that 500 miles is already going to be reduced to a significantly lower range. A 250-300 mile EPA range for towing would probably require charging far too often in winter. Even the tri motor wouldn't be perfect in winter but I think a lot of people would be okay with some extra charging over the winter months to have the truck they want.

CyberMoose said:
If they got rid of the tri motor [CT], that could really hurt a lot of the customers
Click to expand...