QuantumScape unveiled the data about its new solid-state battery technology today, revealing some impressive results with fast-charging and long-range capacity.
It received praise from many battery experts, including Tesla co-founder JB Straubel, who described the result as “a major breakthrough.”

QuantumScape is a San Jose-based battery company founded 10 years ago by Jagdeep Singh, a computer scientist and co-founder of Infinera Corporation, a major telecom component supplier, and Tim Holme, a Stanford-educated mechanical engineer.

The short story is that they claim to have solve the solid-state battery problem.

Solid-state batteries have long been known to have the potential for higher capacity than conventional li-ion batteries with liquid electrolyte.

However, the industry has several challenges to overcome in order to make solid-state viable, and QuantumScape claims to have solved them all:

At the core of the achievement is a ceramic separator that QuantumScape has been working on for a long time.

They created the new material back in 2015 and worked on making it manufacturable at scale with a low defect rate.

Since its proprietary information, the company didn’t reveal much about the material other than it’s ceramic-based and uses four precursors that are available commodities.

What they did reveal today is the result of testing of single layer prototype cells.

The presentation was straightforward with clear results from the prototypes and targeted capacity of the commercial cells:

They showed actual test results showing that their battery cells can charge from 0 to 80% capacity in 15 minutes: Solid-state batteries have often lacked in longevity, but QuantumScape has already shown that it can retain over 80% capacity after 800 cycles: In an electric vehicle with 300 miles of range, that would result in 240,000 miles before the battery pack would start degrading below 80% its original capacity.

The company didn’t release as much data on the energy density of its cells, but like other solid-state batteries in the past, it is expected to deliver significant improvements over current Li-Ion batteries: During the presentation, they have mentioned a potential between 50% and up to 100% improvement in volumetric energy density.

QuantumScape had several battery experts discuss the results published by the company today.

They were all very impressed by the result, including JB Straubel, who our readership is most likely going to be interested in hearing about his thoughts considering he focused on the impact on the electric vehicle market.

At Tesla, Straubel led the automaker’s effort to develop battery cells and tested virtually every battery from every supplier.

The engineer has been described as the most knowledgeable person in the world when it comes to automotive-grade battery cells.

Straubel is now really impressed by QuantumScape’s battery, which he described as “a major breakthrough”:

“The team at Tesla did an amazing job over the years optimizing inside that window to build a prototype with incredible performance, characteristics, and it’s now part of why EVs are succeeding, but all these little edge cases where the product is limited, this technology can really breakthrough that.”
Click to expand...

Straubel added about the energy density:

“Seeing these performance numbers is almost unheard of: roughly 50% improvement in volumetric energy density is incredible when we are used to seeing single-digit percent per year and that was hard to achieve and a great outcome. Jumping to something like 50% is game-changing.”
Click to expand...

He believes that it is going to enable new advancements in electric transportation, like electric airplanes.

What now for QuantumScape?

The work is not over.

During the presentation, CEO Jagdeep Singh was clear that they need to turn their single-layer cells into multi-layer cells and then bring those to mass production.

He didn’t want to downplay the difficulty of reaching volume production, but he believes that the problem has been solved.

The focus was on their new ceramic separator, and the chemistry eliminates the anode manufacturing, and the cathode is the same process as conventional batteries.

Nonetheless, it is going to take a few years for them to reach volume production of 20 GWh, which they plan to do through their partnership with Volkswagen by 2024-2025.

They are already fully-funded to achieve that thanks to the $1.5 billion that they raised through venture capital and recent entry in the public market.

The one thing that sticks out as a negative here is the 240,000 miles till degradation drops below 80%. I thought Tesla was shooting for 1 million mile batteries (and based on various calculations I have seen may be up to 2 million miles already).

The quick charge time is really nice. But if that means I have to replace the batteries (or in the CT case, recycle the vehicle) then I'm not sure I'd be ready for this technology yet. Sure 240,000 is a lot of miles. But if I start using my CT on the robotaxi network, 240k will go by mighty quick.
- FutureBoy

FutureBoy said:
The one thing that sticks out as a negative here is the 240,000 miles till degradation drops below 80%. I thought Tesla was shooting for 1 million mile batteries (and based on various calculations I have seen may be up to 2 million miles already).

The quick charge time is really nice. But if that means I have to replace the batteries (or in the CT case, recycle the vehicle) then I'm not sure I'd be ready for this technology yet. Sure 240,000 is a lot of miles. But if I start using my CT on the robotaxi network, 240k will go by mighty quick.
Click to expand...

The new battery technology Tesla will be using in the CT will charge faster due to the tabless design and likely have less heat control issues. Didn’t Jeff Dahn show that Lithium Ion batteries could go 15,000 cycles with no degradation when partial discharging (normal) is done? Also, though the technology in the dry cell is great, didn’t they say 2024 or 2025 to get even small-scale manufacturing up to speed? I am plenty happy with what Tesla is doing and I wouldn’t be at all surprised to see more improvements in CT battery performance before we see our trucks.
OP
OP

Jhodgesatmb said:
I wouldn’t be at all surprised to see more improvements in CT battery performance before we see our trucks.
Click to expand...

I was thinking the same thing.

Though I agree with the comments about the 4680 battery above, people are being short sighted. First, competition is good. It drives innovation, lowers costs and brings new users of EVs in who would not have thought it was for them. QuantumScape may be have something great in 4 years. In 4 years Tesla may have improvements on the 4860 or other successor. If they don’t feel the pressure then they may not push as hard to go to that next level.

Only if Tesla stands still which I doubt they will.
OP
OP

If you have 47 minutes to spare watch this. This was before Battery Day-Professor Meng is a delight to listen to.


Today I speak with Professor Shirley Meng about the future of the anode. Including Carbon, Silicon, and Pure Lithium Metal (C, Si, Li). Shirley has specialised in nanomaterials engineering and I think she’s the perfect person to speak with about the recent excitement around silicon anodes (nanotubes, nanowires). Today, the focus will be silicon, but we’ll also go a bit broader and talk about what we can generally expect from battery anodes in the next few years. 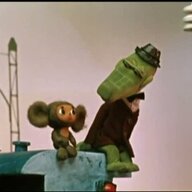 I watched a few reactions to this, Tesla Daily and The Limiting Factor, and seems like a step towards solid state batteries. Hopefully someone will improve upon this and the technology will improve in the future, but as many have pointed out, nothing here to surpass what advances have been made on non-solid state batteries, such as by Tesla (and other's claims).

Maybe this is why Dyson dropped their solid state battery car, they said it was not commercially viable.

The problem with calling it a Tesla Killer is that if it shakes out in five years, Tesla will just start making the better cells. They have always changed the formula of their battery packs to follow the best, cheapest path.

As an an investment right now it is great. I added it to my Roth IRA two weeks ago. It doubled in price since then.