Volkswagen’s American division appears poised to change its name to "Voltswagen," switching the "k" to a "t" in a nod toward the automaker’s investment in electric vehicles.

The German automaker's announcement on the change appeared briefly on its media site Monday before it was removed, having apparently been released before it was ready for an official rollout.

But VW was not hacked, the announcement is not a joke, it's not a marketing ploy and the plan is for the change to be made permanent, said a person familiar with the company’s plans on condition of anonymity because they were not authorized to speak publicly.

The news release, which was dated April 29 when it was accidentally posted, was published March 29 before it was ready to be distributed, the person said. A USA TODAY reporter noticed the announcement on VW's website and saved it before it was removed.

In the errantly published news release, the automaker said that “more than a name change, ‘Voltswagen’ is a public declaration of the company’s future-forward investment in e-mobility.”

“The new name and branding symbolize the highly-charged forward momentum Voltswagen has put in motion, pursuing a goal of moving all people point-to-point with EVs,” the automaker said in the release.

According to the announcement, electric models would get an exterior badge with the name “Voltswagen,” while gas-powered vehicles will have the standard “VW” badge. It was not immediately clear Monday whether any details of the plan are still subject to change.

The move would signal a significant pivot for the world’s second-largest automaker, whose U.S. division dates to 1955. It would also come after several competitors, including General Motors and Volvo, recently announced plans to eventually phase out gas vehicles.

“We might be changing out our K for a T, but what we aren't changing is this brand’s commitment to making best-in-class vehicles for drivers and people everywhere,” VW of America CEO Scott Keogh said in the news release. The change would also further distance VW from the diesel emissions scandal that sullied its reputation, harmed the environment, hurt public health and led to penalties of more than $30 billion as well as criminal charges.

The announcement would also coincide with the arrival of the brand-new Volkswagen ID.4, the automaker’s first long-range electric SUV sold in the U.S. It’s part of a new lineup of electric cars under the ID sub-brand, including the forthcoming revival of the VW microbus.

The company plans to launch more than 70 electric vehicles worldwide by 2029 and sell 1 million by 2025. VW and its related brands, including Audi and Porsche, sold more than 9 million vehicles of all kinds globally in 2020, making it a close second to Toyota, though it previously held the No. 1 title for several years.

While VW is known to many Americans as the maker of small vehicles like the Beetle car and the Passat sedan, the brand has pivoted in recent years toward larger models, investing heavily in SUVs like the midsize Tiguan and the three-row Atlas.


Is Volkswagen Really Changing Its Name to "Voltswagen?"
The name will allegedly apply to VW's EV lineup in America. We're skeptical, but stranger things have happened.

As the saying goes, a lie can travel halfway around the world while the truth is still putting on its shoes. That Volkswagen is dropping the letter "k" and replacing it with "t" to become "Voltswagen," as reported by USA Today, sounds like just that sort of globe-trotting fib. While we're skeptical for reasons we'll tell you in a bit, this report is too weird not to share with our readers. And weirder things have happened.

On Monday morning, a news release with the announcement was briefly published on VW's media site and then abruptly removed. One of the statements from the press release dated April 29 read as follows, according to the report: "The new name and branding symbolize the highly-charged forward momentum Voltswagen has put in motion, pursuing a goal of moving all people point-to-point with EVs."

Furthermore, according to the phantom release, the Voltswagen name change would only apply to electric models, while gas-powered vehicles will continue to get the standard VW badge. The switch to Voltswagen would coincide with the automaker's plans to launch over 70 EVs globally by 2029. This news is also hot on the heels of the recent debut of the Volkswagen ID4 crossover, which is leading the rollout of future EVs to join the VW family.

But the timing of the move, given that April Fools' Day is just around the corner, has us viewing the entire report with extreme skepticism. We reached out to Volkswagen directly, and it had no comment on the matter. So, stay plugged into this space for more info if or when it becomes available. 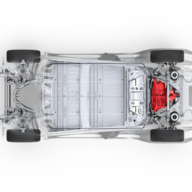 It's not April Fool's Day yet, that's why the info was pulled 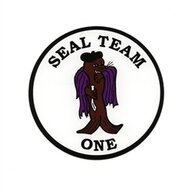 android04 said:
It's not April Fool's Day yet, that's why the info was pulled

Exactly. Was supposed to be posted on Thursday...
OP
OP

android04 said:
It's not April Fool's Day yet, that's why the info was pulled

Firetruck41 said:
Exactly. Was supposed to be posted on Thursday...
Click to expand...

April Fool's or not that moniker will stick!

Lots of free publicity. VW, if it is serious, wold be mistaken to change their name in my belief. They are already known as VW. I think it would be a good marketing slogan, but name change? Tell me the name of that gist building in Chicago. 20 some years later it is still called the Sears’ Tower even though it was renamed.

VW is going for the Free Marketing, ala Tesla.

As they say, there's no such thing as bad press. Even Dieselgate didn't really slow down VWs sales significantly.

That ID Buzz Microbus is like a puppy. The same way you see puppies in every real state add, you see this on every VW news. My wife‘s eyes used to get wide open when they did this first year but she has given up on it.

TruckElectric said:
April Fool's or not that moniker will stick!

Appalachian teenage girls were already calling it "Voltswagen" in the early 2000s. [shrug]

(I grew up in the Rural/Appalachian South, and was a young adult at that time.)

OneLapper said:
VW is going for the Free Marketing, ala Tesla.

As they say, there's no such thing as bad press. Even Dieselgate didn't really slow down VWs sales significantly.
Click to expand...

Volkswagen is one of the Global Big 3, but it's a bit-player in the US market. Their diesel cars are a niche-within-a-niche here. (I owned a Jetta TDI for a time.)

The reason appears to be mostly that the old guard at VW wouldn't tailor their product to the US market. The Volkswagen Atlas was the product built to test that hypothesis, and it quickly became one of their best-selling models in the US. Giving the customers what they want results in more sales -- who knew?!? But I digress.

The reason VW's sales weren't hurt much (at least in the US) was that almost nobody was buying their cars in the first place.
Last edited: Apr 1, 2021
OP
OP

Volkswagen electric cars: what you need to know