Why Not Use Self-Driving Cars as Supercomputers?

Autonomous vehicles use the equivalent of 200 laptops to get around. Some want to tap that computing power to decode viruses or mine bitcoin. Some Tesla owners last year suggested allowing coronavirus researchers to use some of the cars' computing power.PHOTOGRAPH: BLOOMBERG/GETTY IMAGES

LIKE DOGECOIN DEVOTEES, the mayor of Reno, and the leaders of El Salvador, Aldo Baoicchi is convinced cryptocurrency is the future. The CEO and founder of Canadian scooter maker Daymak believes this so strongly that when he unveiled the company’s first autonomous car last month, the 2023 Spiritus, he touted a bonus feature: the ability to mine cryptocurrency when the car is parked. Baiocchi told WIRED the company is still developing software for this purpose, but designers want cryptomining for car owners to be as simple as pressing a button. He says solar power on the roof of the three-wheeled electric car should help offset the energy consumption of mining Bitcoin.

“We have the equipment in the car. We figure we might as well mine and make some money for the rider,” he said.

Car buyers now consider factors like safety, fuel economy, and resale value. But some businesses are beginning to talk about the computing power packed into autonomous vehicles as a selling point.

The Rand Corporation estimates that autonomous vehicles on roads could save hundreds of thousands of lives and change the world, but they could also change the world when parked in the garage. The computing power in autonomous cars could be harnessed to tackle problems as personal as editing a high-definition video or as global as decoding a new virus.

“We're looking at not thousands, but tens of millions of supercomputers in these cars.”
KEITH STRIER, VP, WORLDWIDE AI INITIATIVES, NVIDIA

Keith Strier, Nvidia’s VP of worldwide AI initiatives, envisions a world in which government fleets of autonomous vehicles that sit idle at night are harnessed to address the compute needs of nations that don’t own expensive supercomputers. He’s also chair of an OECD task force that helps countries calculate the amount of compute they need. He says the group plans to release a document later this year that draws attention to the role that autonomous vehicles could play in supplying those computing resources.

Strier says turning millions of cars into a supercomputer would be more resilient and less vulnerable to attack than one big supercomputer, the approach commonly taken today. In the past, supercomputers were most often dedicated to academic and government research projects like weather predictions, but powerful computers now play a role in areas like economics and innovation and are increasingly associated with a nation’s national security and prosperity.

“The idea has tremendous potential because we're looking at not thousands, but tens of millions of supercomputers in these cars,” he says. “In the United States or Germany it may not be as big a deal, but in a smaller country, as autonomous trucks and cars hit the road, it completely shifts the potential for compute in that country.”

Technical challenges remain, but the idea appears to be gaining traction among companies selling hardware to carmakers. Qualcomm currently works with more than 20 automakers, championing technology that allows cars to communicate with one another with 5G. Nvidia is also increasing its presence in cars: By 2024, Mercedes will begin to manufacture vehicles with an Nvidia GPU inside.

Daymak, the Canadian vehicle and scooter maker, is just the latest company to sell cars based on more than mileage or what’s under the hood. Ford markets its electric F-150 pickup truck as being able to power your home for days.

Not everyone thinks that tapping into a car’s computers for purposes beyond driving makes sense. Shaoshan Liu is founder of Perceptin, a company focused on autonomous driving and computer vision with offices in the US and China. He calls offloading compute from autonomous vehicles for cryptomining a wild and impractical idea that raises questions about energy consumption and network bandwidth costs, among other things.

To make the idea work, cars may have to stay on and running. Treating compute in your car like a personal computer could leave it vulnerable to hardware failures or cybersecurity attacks, Liu says. “When the fatigue kicks in, the processor may fail. If you overuse the compute unit, it may damage the safety of the car,” he says. If others can tap the car’s computing power, they also can inject a virus that makes the car unsafe.

A study by European Union officials released earlier this year found that artificial intelligence makes autonomous vehicles “highly vulnerable” to attacks. An Nvidia spokesperson said driving systems use security to prevent hacking but that security concerns or fear of compromising hardware could deter some car owners from tapping into the car’s computers when it’s parked.

Liu was lead author of a 2019 research paper that argued against putting all the computing power necessary for an autonomous vehicle inside the vehicle. Instead, he advocates offloading some compute to roadside stations, which he says can lower costs, make vehicles more reliable, and consume less energy. It’s a method currently being tested in three Chinese cities. Offloading and sharing data between vehicles in such a fashion, Liu and coauthors argue, can also open the door to cooperative decision making between cars.

Autonomous vehicles will also make use of 5G to help navigate. Qualcomm CEO Cristiano Amon says that will allow people inside to stream media like TV shows, games, and advertisements on the car’s systems, or on personal phones and laptops. Amon says high speed connectivity could allow people to pool resources from different devices so that compute from a smartphone or laptop could, for example, enable editing 8K video on your laptop. 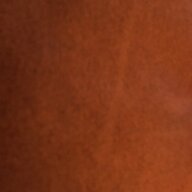 That is very interesting. A lot to consider.

Distributed multiprocessing is a difficult problem.

I've always thought, all the autonomous vehicles will eventually be communicating with each other driving down the road, almost as one. That way, they could work like a bicycle Peloton. Taking turns drafting each other and constantly communicating all current road conditions with each other such as debris, potholes, or even slow moving vehicles and maintaining a good average speed. Think of all the possibilities if all the traffic was working together. Maybe that useless high speed rail can be replaced with autonomous vehicles using that space/land.

Sirfun said:
Maybe that useless high speed rail can be replaced with autonomous vehicles using that space/land.
Click to expand...

I noticed a precipitous drop in my power bill when we made sure that everyone's gaming PCs went to sleep appropriately. There's also a lot of wear and tear that PC components face when running heavy computations and gaming.

I'd hazard a guess that while this looks really cool on paper as far as raw computing, but there's long term energy and CPU turnover considerations. People burn out their cpus mining bitcoins on a regular basis. For comparison; your average cell phone has a ton of processing power too, but nobody is floating the idea of using remote processing networking on phones for supercomputing. Once again, Bitcoin mining on your phone is a thing, but once again you run into the issue of energy usage and breaking down your processors. If you really don't care about your energy bill and have a handful of old phones you can just Bitcoin mine with them till they die.

Fact is that supercomputing is a process that gains massively from scale, but when you spread out your networks as much as house to house you have massive diminishing returns on resolving data and transmission. A single supercomputing farm will beat a large scale network every time as far as efficiency, but would be neat for crowd sourcing supercomputing assuming everyone accepts these costs.

Ol Musky has already said that the big problem he sees with the various coins out and about is that the energy costs far outstrip what they should be, if you add in the electronic waste aspect it's a losing gambit.
And yet, to this day we still don't know if anyone really been far even as decided to use even go want to do look more like.

Processors only break down if they overheat.

Crissa said:
Processors only break down if they overheat.

That accelerates it, but normal use does wear on systems.
And yet, to this day we still don't know if anyone really been far even as decided to use even go want to do look more like.

BillyGee said:
That accelerates it, but normal use does wear on systems.
Click to expand...

Not inside of the standard specs.

What usually fails are capacitors in the power supplies. There are processors that are decades old and they run fine. 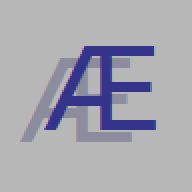 Having every clock cycle of processors being employed to do some work, or execute part of an instruction instead of being idle - would be logically more time efficient, but -

I would rather have my car's processor idle at the ready for me, in a practical sense.

I'm just not ready to have my car being a subservient processing node of a collective. Besides the uncertainty of processor allocation and availability should the car need it suddenly while something else is processing, I can see Security implications as well as network bandwidth also being a real problem.

Crissa said:
Not inside of the standard specs.

What usually fails are capacitors in the power supplies. There are processors that are decades old and they run fine.

They'll be fine for normal use, but if there's an external process being run on it that's intense it'll work it pretty hard. Remote protein folding and setup programs had to have throttles added because of this. Bitcoin miners also have independent throttles for this very reason. It might be minimal when used for day to day applications, but I considering how much people rely on cars this backdoor could potentially lead to some major issues. Again, there's PCs, phones, laptops, gaming consoles, even TVs with processing power that isn't being utilized when it's off, but it's still a very limited group of people that sign their devices up for these kinds of things.

I was more referring to general computer wear and tear, such as memory, caps, PSUs, etc. While it's true that CPUs themselves will probably be fine, everything around them is also being worked. I'd rather something as needed for more purposes as a vehicle be limited to that role to prevent cross complications.

It's a really cool idea and concept, my major concern is practicality and side effects.
And yet, to this day we still don't know if anyone really been far even as decided to use even go want to do look more like.

If your device doesn't throttle based upon its thermal performance, well, that's just bad design.

The whole idea is a waste of power, though. It takes alot of time to set up the packets for processing and then power to send them, decode them, and process them. It's more energy efficient to have this done where the processors are efficiently cooled and don't really shut down into deep sleep, like cars and personal electronics do.

Full Self Driving... ON MARS!

THIS ELECTRIC, SELF-DRIVING, SMART FERRY IS THE TESLA OF PUBLIC TRANSPORT BOATS!

Why Isn’t Everyone Buying EVs Yet? It’s Not Just The Price