The Alabama-Coushatta Tribe of Texas supports Congressional action that will stop the state of Texas from trying to close Naskila Gaming, the Tribe’s electronic bingo entertainment facility located on its reservation. The simple clarification that the Tribe is authorized to offer electronic bingo under the federal Indian Gaming Regulatory Act will eliminate the state’s legal challenge against the Tribe.

Naskila Gaming, owned by the Alabama-Coushatta Tribe of Texas, is critical to the East Texas economy contributing to $170 million annual revenue, and providing 700 jobs directly or indirectly.

THE ALABAMA-COUSHATTA TRIBE IS SEEKING FAIR TREATMENT SO NASKILA GAMING STAYS OPEN FOR GUESTS AND EMPLOYEES.

Judge rules in support of Naskila Gaming, against state’s effort to shut facility down.

(Livingston, TX) – After five years of litigation, the United States District Court in Beaumont ruled this week that the Alabama-Coushatta Tribe of Texas may legally operate its Naskila Gaming electronic bingo facility near Livingston, saying that such gaming is permissible under the Tribe’s 1987 Restoration Act.

The ruling from U.S. District Judge Keith Giblin is a major victory for the future of the Alabama-Coushatta Tribe, the hundreds of people employed at Naskila, and the economic stability of the East Texas region.

For years, the State of Texas has worked in court to close Naskila Gaming, even as tens of thousands of Texans, dozens of civic groups, and elected leaders from both parties have expressed strong support for allowing the Tribe to operate the facility.

MEDICALJMP said:
This is the type of thing people gripe about Musk doing
Click to expand... 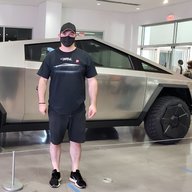 Ok, just go with me on this one.

2. Tesla donates "X" number of acres to (insert name of a local tribe). 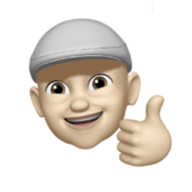 CyberT said:
Ok, just go with me on this one.

2. Tesla donates "X" number of acres to (insert name of a local tribe).

I poked around a bit but couldn't easily find anything related to non-Indian companies/people donating land to a specific tribe with that land being converted to tribal land. I'm pretty sure tribal organizations (sponsored and unsponsored) can purchase land and convert it to tribal land but I don't know about giving it to them with obvious conditions. The way our crazy government is treating Tesla, I'm sure someone would challenge this process and find some law that prohibits it. Of course, the only way to get around the archaic process of forced car dealerships is to get enough votes in your state legislature to remove it.

Check out https://en.wikipedia.org/wiki/Tesla_US_dealership_disputes for the proper place to live that allows Tesla to sell directly to you. Washington state changed the law in 2014, what's up with all the others?????? As for Texas, of course they won't let Tesla sell direct and I'm surprised they even let Tesla build there with all the oil and natural gas production.
You must log in or register to reply here.
Share:
Facebook Twitter Reddit Email Link

Tesla May Consider Building a Factory in Brazil