If that's really the only way you see the world, then sure, you go ahead and believe that about me. That's pretty judgmental, limited, and unconstructive.
Advertisement

Crissa said:
I'm sorry that you refuse to contribute anything to a constructive world.

You're the one calling them scumbags, and giving no path forward. Some team will win, either way. Calling everyone scumbags is not the way to create democracy, but in fact, tear it down. Which means racists, trolls, might-makes-right, fascists, win.

Is that really what you want for the world?

And facist dictators too -- intolerant of opposition and contradicting ideas.

Ogre said:
This version does not include a provision for retroactive rebates. I think one of the other versions floating around does. We're looking at drafts of the final bill here.
Click to expand...

And we'll put you in-charge of letting us know of the final bill and the resulting law. In between, if you can, tell us if our congress-person or senator is against so we can harangue him/her on the telephone, twitter...
Last edited: Sep 14, 2021

Crissa said:
Noted, you did no work trying to disprove a basic mathematical law https://en.wikipedia.org/wiki/Duverger's_law

I learned one more stuff today -- plus the all other useless stuff I learned since kindergarten to post college.

Didn't realize there is a mathematical law of that. I just thought it happened in the US because of the futility and general strength of each of the two parties.

Just as I suspected, you got the brains and command of facts.

Hard to watch colour TV if you only see in black and white.

As kids we were taught to differentiate colours by name. Now getting older everything "seems" bipartisan because we are polarised by fear, and want to be a part of the herd that protects values we are force fed to "believe" to be true by our peers.

We are the people we share our lives with. But that doesn't mean the mob is always right. Independent thought is undervalued and often the only source of change to the status quo. EM is a case in point.

That's a great way to put it. Also, we normally tear down the old buildings and destroy the spoiled crops before trying to build something new or expect a new crop to grow. The current crop is certainly rotten.
OP
OP

JBee said:
Hard to watch colour TV if you only see in black and white.
Click to expand...

Big Bob:
[in the bowling alley] What happened? Are you alright? What is it?

George:
I came home like I always do. And I came in the front door. And I took off my coat. And I put down my briefcase and I said "Honey. I'm home."

[The men all nod in recognition.]

George:
...Only no one was there. So I went into the kitchen and I yelled it again. "Honey — I'm home." But there was no one there either. No wife. No lights. No dinner.

[The men all gasp]

Big Bob:
It's gonna be fine George. You're with 'us' now.

Gus:
What are we gonna do Bob?

Big Bob:
Well — we'll be safe for now — thank goodness we're in a bowling alley — but if George here doesn't get his dinner, any one of us could be next. It could be you Gus, or you Roy, or even you Ralph.... That's real rain out there, gentlemen. This isn't some little "virus" that's going to "clear up on its own." There's something happening to our town and I think we can all see where it comes from. My friends, this isn't about George's dinner or Roy's shirt. It's a question of values. It's a question of whether we're gonna hold onto the values that have made this place great. So the time has come to make a decision. Are we in this alone, or are we in it together?
Click to expand...

The definition of change is "not the same".

There is certainty in knowing that the only constant in life is change, "If" you can see the natural world and how it cycles to renew and transform itself. Time to harvest and time to sow.

If we keep trying the same "solutions" that are known to fail, and refuse to learn from those failures and don't try to find something else that does work, or at least works better, then don't we loose all credibility as an "intelligent" species?

We want everyone else to be like us, but we are seldom the people we have the potential of being.

The point of failing is to learn how to succeed. But in doing either we must not forget the fundamental principles that gave us the freedom to fail and also succeed of our own accord, but also not deny the existence of those powers that took that choice from us.

The point is that some systems are capable of and promote change. Some do not.

Be that subsidies, taxes, unions, governments or industries with depreciating usefulness and jobs and old ICE technology that has seen its end, and is lobbying its dinosaur buddies for life support, to smoke another day on its dying breath, by the only currency it knows...fiat.

Legacy is the enemy of innovation.
Change is imminent. Always.

SwampNut said:
If that's really the only way you see the world, then sure, you go ahead and believe that about me. That's pretty judgmental, limited, and unconstructive.
Click to expand...

It's not 'how I see you' this is the direct result of your posts in this thread.

I could spend my time tearing apart Republicans (and many Democrats) or Unions or whatever - but the end result is that I have abdicated my voice in the solution. Tearing apart these things tears apart the very confidence in democracy and social obligations.

And right now, those are what we need the most. 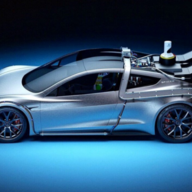 Occupation
FI but not Retired

All Tesla has to do is to set up a "Virtual Tesla Union" with a bare minimum by-law and they are good to go. Shouldn't be that hard. Don't tell the crooked politicians though.

Well, the employees do, but yes.

Like I said, this could actually save Tesla some liability, by offloading some HR and creating a structure they aren't responsible for to help challenge shift managers who eff the eff up like the settlement they had last month. 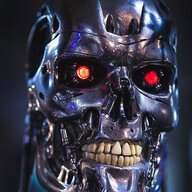 Unions are trash, I would know I was in the uaw. Tesla should stay away from unionization.

Skynetassaultvehicle said:
Unions are trash, I would know I was in the uaw. Tesla should stay away from unionization.
Click to expand...

My business school taught us that unions can be useful. The professors suggested we think about the union as a communication channel and urged us to set up similar channels so that we would know what our workers' concerns are, even if we didn't have to deal with a formal union.

Every part of a business has to work properly for a business to succeed, and that includes a union (if there is one). There's no magic ruleset that makes a business work -- that requires smart people with leadership ability who want to make it work . That goes for both the union, and every aspect of the the company. There's no way around this.

One of my business school buddies "beat" a union while we were doing our night-school MBA. It was actually pretty easy. His employer was more concerned about the schedule than the budget, so he offered to pay the union workers overtime address their other concerns in reasonable ways. The tradeoff was that the union workers were expected to put in the overtime when the project required it. Everyone got what they wanted, and the project was completed on time.

You can easily "beat" a union: you just fucking pay them for the work they do, and make sure that you do reasonable things to address the workers other concerns. The problem is that many employers just won't do that.

The moral of the story is that union guys are quite happy to bust their butts -- they just want to be paid for it when they do. Like anyone else, if you pretend to pay them, they'll pretend to work. It's not so different from dealing with any other supplier, really.

Which is why so far, Tesla workers have been. There's amazingly few leaks for such a large company, too.

And the lawsuit against SpaceX was the same thing: Some manager thought they'd get smart by scheduling away legal overtime pay while requiring overtime work. Well, duh, that's going to make someone mad eventually.

Racoon hat man was one of my neighbors. I miss him dancing and protesting by the nearby mall, which is where the Clintons kidnap children to drain their adrenochrome.
Advertisement