Tesla’s Supercharger network has now reached a total of 25,000 chargers – a big milestone for the fast-charging network.

The Supercharger network is really the only global network of fast-charging stations.


When Tesla brought the Model S to market, fast-charging stations were basically non-existent and the automaker decided to develop its own network in order to control charging experience.


The automaker quickly realized how difficult it it is build charging stations due to coordinating with property owners, contractors, and the local electric utility.


It resulted in some delays in the deployment of the network, but things have been ramping up since the launch of the V3 version of the Supercharger, which comes with a higher power output.


Now just a few months later, Tesla announced that the automaker has now 25,000 Superchargers around the world:


According to the account, Tesla opened 8 new charging stations over the last week alone.


The automaker is planning many more stations this year.


In January, Tesla released a new map of upcoming Supercharging stations with timelines for new stations across the world. 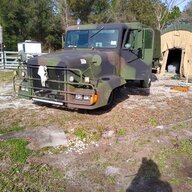 As a owner of a antique that needs a charge often when on the road, I'm very happy. For example, no supercharger in Charleston SC. Unbelievable.

Lasttoy said:
For example, no supercharger in Charleston SC. Unbelievable.
Click to expand...

There's one in North Charleston, but lots of Destination and type 2 chargers. It's not really a city you pass through, is it?

Lasttoy said:
As a owner of a antique that needs a charge often when on the road, I'm very happy. For example, no supercharger in Charleston SC. Unbelievable.
Click to expand...

The 8 stall 250 kW Supercharger Station in North Charleston, S.C. was installed in November of 2020. Supercharger locations are typically put outside major metro areas on purpose. Electrify America seems to cluster their chargers in cities which makes no sense. This is a major reason why the Supercharger network is so superior to the third-party charge networks which appear to have been located without any real thought.

There is a huge difference between the Tesla fast charging network and the others. Tesla does not operate its charging network as a profit center (or, to be more precise, Elon promised that they never would). The SC network was conceived as a marketing device at which it was tremendouly successful. You paid for it when you bought your car. The other operators have to make a profit. This puts them at a tremendous disadvantage. I just don't see the others ever catching up and, of course, this is a tremendous problem with respect to wider adoption of BEVs. I've read Ayn Rand enough to know what's coming and I'm uneasy. In fact I think it's started in Germany.

“There are two novels that can change a bookish fourteen-year old’s life: The Lord of the Rings and Atlas Shrugged. One is a childish fantasy that often engenders a lifelong obsession with its unbelievable heroes, leading to an emotionally stunted, socially crippled adulthood, unable to deal with the real world. The other, of course, involves orcs."