shocker said:
Negligible effect. The truck market is what, 3 million a year? GM and Ford will have EV pickups around 2024 so there's a narrow window for Tesla and "the others" to establish their presence. As Sandy Munro points out, brand loyalty is "unbelievable" among truck owners.
Me? I'm more agnostic about brands and my Tesla reservation is a hedge. I mean, with battery tech changing so rapidly I'm having second thoughts about dumping a lot of $ into something that's obsolescent in 3 years.
Click to expand...

Owner13669 said:
That is always the case with technology. If you wait, you could wait forever with the same rationale.
Click to expand...

Do you have a LED or CRT television? that technology keeps changing.....

intimidator said:
Tesla fanboys believe that Tesla will take over the entire Automotive World, tomorrow. Execs at GM and Ford think Tesla is puny at less than 500,000 units in the US in 2020 and that they can kick Tesla's ass.

The truth is somewhere in between. Ford and GM will sell a lot of ICE pickups over the next 5 years. And they will also transition to electric pickups over time. (I think Ford teaming up with Rivian gives them a better shot. GM might fall on their face).

Tesla's biggest problem is factories. Or lack of them. It takes 2 years to find the land, buy it, and then build a factory. If they want to crush Ford and GM they need to start at least one more factory build in the US by the end of this year. They can't out sell Ford and GM with just GigaTexas. It is simply not possible. GigaTulsa needs to happen. And maybe GigaSouth Carolina.

Tesla doesn't want to crush anyone - their mission is to drive EV adoption and end ICE.

jerhenderson said:
Tesla doesn't want to crush anyone - their mission is to drive EV adoption and end ICE.
Click to expand...

True. But they just might because those lagging too far behind won't be able to compete.

Crissa said:
True. But they just might because those lagging too far behind won't be able to compete. 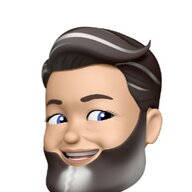 rodmacpherson said:
I have been having the same thoughts ever since they first started to hint that the undercarriage might be cast. Why does everyone assume if it is cast it is aluminum? the 2 most commonly cast metals are iron and stainless steel.
https://intercast.com/2018/04/17/deciding-stainless-steel-casting-cast-iron/
Click to expand...

Stainless would be wayyyyyyyyyyyy too heavy... This is why in frames it's a box, I-beam, C channel or other mostly hollow form. There is no need to cast those shapes. Based on the properties of Aluminum and SS, it makes most sense to cast Aluminum for it's strength to weight ratio. My 2 cents.
Advertisement
You must log in or register to reply here.
Share:
Facebook Twitter Reddit Email Link

If this totaled Model 3 can still run, imagine how tough the Cybertruck will be