Is 4th Quarter 2021 a realistic delivery date for the Cybertruck?

One huge perk, and probably why Texas was chosen, is the comparatively lax labor and zoning laws compared to California and many other states.

I think that the speed at which CTs roll off of the completed line will surprise everyone, but I also don't know how fast that facility can be built. It definitely won't be China fast, but there are talks of using the "semi-permanent tents" like in Nevada. That would cut down the facility time, but not the tooling time.

Another great comparison is the German plant outside Berlin which has gone up astonishingly fast considering Germany is stringent about construction and zoning.

I'm optimistic about late 2021 (or sooner), but I won't be surprised if it gets delayed, I'd just be disappointed. 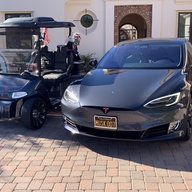 First they actually have to acquire a suitable site. Then draft the plans for a factory. Then submit the plans to the building departments for review. Then make the corrections to the plans. Then actually build the factory. I would allow 16-18 months for a fully built factory. Remember. This isn’t China. Things never go as fast as you might think. Once the factory shell is built, they have to install all the tooling and start testing the line. Then, how many trucks can they make at first? Certainly not enough to get mass production. Allowing for time to adjust the line due to issues that come up with a brand new model., and the fact that you will be way down the deposit line, So besides needing a site and factory and approved plans, they still need new battery technology too. As much as I will be driving one ASAP, it won’t happen until 2023.

When will I see my 2020 Roadster? Certainly not in 2020. Elon promised it, but where is it? They have the same issues as the CT.

It’s one thing to come out with a prototype, but it’s another thing to mass produce a vehicle that is ready to go, and not face recall issues, build quality issues etc. if it was easy, Ford and GM would have already done it. I see the CT as a very important product to the continued success of Tesla. Very important. Because of the hype, it has to be ‘’Right’’ when they start releasing them. 2023 hopefully will be the year.

Me neither. I look at Giga Berlin as a case in point. They have lots of political support and regulatory issues and permitting have been minimal, and they are working on the foundation now. We can watch the progress at Giga Berlin and then extrapolate a best-case scenario for Giga Midwest from the time they start digging. I had hoped that Elon Musks keen interest in the CT would have him want to accelerate its production but the initial stages of the wheels of progress move slowly. At some point you can throw more resources at a project but not until you you start digging and assuming you can get materials to the site. If it were me I’d already have options on the stainless.

Sheesh. I don’t want to wait. Can’t you at least pretend to be more optimistic for the rest of us? Life has been depressing enough lately... 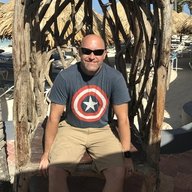 Just for fun, let's assume they will begin making deliveries in late 2021. When do you think we'll see a production model of the CT with all of the details solidified and mysteries solved?

I didn't follow the M3 or MY from reveal to production so I'm not sure what their timelines looked like. I know the MY began deliveries before the estimated delivery dates though.

All questions will be resolved after battery day, sept 15th. This is not Elons first time and won't be his last. Each factory has been an approval over the last and this one will be even better. He has proven that he learns by doing and lately has not been over estimating his delivery times. All the steel he needs is now produced in the U.S. and Space-X has plenty. The CT does not need the massive stamping machines, no paint shops, and the production time has been cut in half. This can all get started in the tents and they will build from there. 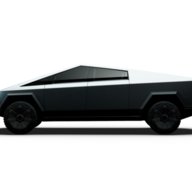 Even if Tesla starts building the new factory right now I am counting on a delay for production. But I also expect many of the pre orders to be canceled. So I think the two will even out. 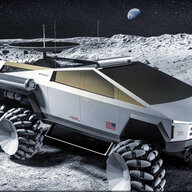 On another thread I predicted the first CTs will be delivered September 2022 for all the reasons listed above. I have not seen anything to change my mind, would be delighted to be wrong as I am almost 600000 in line.

Sorry. Tesla will not build the CT in a tent. Things take time. All this is just wishing and hoping. That’s fine but it’s all just talk

I am also on the late 2022 or early 2023 bandwagon. Just knowing they have not broke ground on the new factory, getting permits, building the structure, setting up the lines, getting the first production prototypes run through etc. 24 months at a minimum if you ask me. China was able to erect the factory there fast, but they don't have the same labor and regulations we do here for construction.

Add COVID crisis on top of that and well.....

I really want my CT, but we have to be realistic. Unless they retool another existing factory (unlikely).

I tend to believe the reason they were being so selective with the site was because they wanted each government to present their case on how quickly they can not only get started, but what that ongoing relationship will look like. Having enough batteries wont be an issue as it is suspected the new batteries are already being produced in Fremont. This means they should be able to spin similar lines up in a more rapid fashion to scale.
Add in the previous comments about not needing the typical manufacturing line, and there is no reason this line cant be up and running significantly quicker than others as the number stations needed to assemble this vehicle from start to finish is so much significantly, less to Sandy Munro's point. Tesla has no other projects on their plate at this point, they are all about getting their current work out the door. I fully think the line portion of this project is already under development and will be plug and play once they have a place to put it. I still think we will begin to see the first ones out the door, Q4 2021....and some additional test vehicles prior to that.
https://ts.la/aaron90951 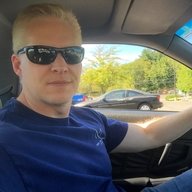 My biggest worry at this point is what if Elon Musk is ousted as CEO as so many investment news sources have speculated? Would this mean that the Cybertruck project could be canceled for being too "risky"? As we already know, most normal and boring car companies have conservative board members who don't like innovation. That's why most modern cars look alike. Any thoughts?
Last edited: Jun 30, 2020

I think Q4 2021 is doable. When Tesla moves they tend to move fast. Not counting Fremont this will be the 3rd factory and they always apply everything new that was learned from the prior one.

Elon stated that he wants to start producing the CT ASAP to meet the unprecedented demand and the billions of dollars in sales revenue waiting in the wings. Remember that a traditional paint shop will not be required for the CT. I do believe they will need stamping dies to produce non-exoskeleton sections of the CT (door openings, floors, etc.). I visualize robotic machines cutting, scoring, bending and TIG welding the 3mm thick stainless steel exoskeleton together.

I am expecting a factory location announcement in July and shovels in the ground by September.