Frankenblob said:
Ahhh, the PRIVATE Banking syndicate that is DESTROYING America (and the free world).

Some of this is correction for a sentiment that many companies are overvalued today. Tesla was reaching toward $1 trillion market cap, and NO BUSINESS is worth $1 trillion, period. That is $1,000 billion... really? So, I expect whatever to happen... in the end, I invest in Tesla because I believe in Elon. If Elon ever sells Tesla, I will likely look for a new recipient of my investing dollars. Elon is that critical to what Tesla is today, to me. peace
bye
OP
OP

FullyGrounded said:
Tesla was reaching toward $1 trillion market cap, and NO BUSINESS is worth $1 trillion, period.
Click to expand...

Market capitalization is determined by the stock price X outstanding shares. Not any one individuals personal opinion.

Frankenblob said:
Ahhh, the PRIVATE Banking syndicate that is DESTROYING America (and the free world).
Click to expand...

Also, the longest expansions in our history sure doesn't seem to be 'destroying'.

TruckElectric said:
Interesting to see what they say caused the rally starting at 1030
Click to expand... 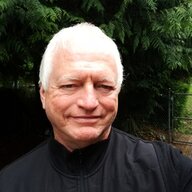 Elon criticizes bit coin and it drops in value then he and others buy and they make hundreds of millions as the price rockets. When he took our money and bought bit coin I was offended but didn't sell. Then down goes Tesla right after using our money. He and others want to invest a large amount of money into Tesla. They know something. But they need to buy low. I am waiting. I won't sell unless I need cash. 1 year? 2 years?

Also, the longest expansions in our history sure doesn't seem to be 'destroying'.

Also. Elon pulls out of the market before it starts it' plunge and buys the only stock that has a miraculous climb. Not a coincidence. Next one to soar will be Tesla.
OP
OP

kenshortt said:
Elon pulls out of the market before it starts it' plunge and buys the only stock that has a miraculous climb.
Click to expand...

And the winner today is ETH!

I wonder if Elon bought some Ethereum Companies whose footage was exposed include carmaker Tesla Inc. and software provider Cloudflare Inc. In addition, hackers were able to view video from inside women’s health clinics, psychiatric hospitals and the offices of Verkada itself. Some of the cameras, including in hospitals, use facial-recognition technology to identify and categorize people captured on the footage. The hackers say they also have access to the full video archive of all Verkada customers.

In a video seen by Bloomberg, a Verkada camera inside Florida hospital Halifax Health showed what appeared to be eight hospital staffers tackling a man and pinning him to a bed. Halifax Health is featured on Verkada’s public-facing website in a case study entitled: “How a Florida HealthcareProvider Easily Updated and Deployed a Scalable HIPAA Compliant Security System.”

Another video, shot inside a Tesla warehouse in Shanghai, shows workers on an assembly line. The hackers said they obtained access to 222 cameras in Tesla factories and warehouses.

The data breach was carried out by an international hacker collective and intended to show the pervasiveness of video surveillance and the ease with which systems could be broken into, said Tillie Kottmann, one of the hackers who claimed credit for breaching San Mateo, California-based Verkada. Kottmann, who uses they/them pronouns, previously claimed credit for hacking chipmaker Intel Corp. and carmaker Nissan Motor Co.Kottmann said their reasons for hacking are “lots of curiosity, fighting for freedom of information and against intellectual property, a huge dose of anti-capitalism, a hint of anarchism -- and it’s also just too much fun not to do it.” A Tesla facility seen through a Verkada camera.
Tillie Kottmann


“We have disabled all internal administrator accounts to prevent any unauthorized access,” a Verkada spokesperson said in a statement. “Our internal security team and external security firm are investigating the scale and scope of this issue, and we have notified law enforcement.”

A person with knowledge of the matter said Verkada’s chief information security officer, an internal team and an external security firm are investigating the incident. The company is working to notify customers and set up a support line to address questions, said the person, who requested anonymity to discuss an ongoing investigation.

A video seen by Bloomberg shows officers in a police station in Stoughton, Massachusetts, questioning a man in handcuffs. The hackers say they also gained access to the security cameras of Sandy Hook Elementary School in Newtown, Connecticut, where a gunman killed more than 20 people in 2012.

Also available to the hackers were 330 security cameras inside the Madison County Jail in Huntsville, Alabama. Verkada offers a feature called “People Analytics,” which lets a customer “search and filter based on many different attributes, including gender traits, clothing color, and even a person’s face,” according to a Verkada blog post. Images seen by Bloomberg show that the cameras inside the jail, some of which are hidden inside vents, thermostats and defibrillators, track inmates and correctional staff using the facial-recognition technology. The hackers say they were able to access live feeds and archived video, in some cases including audio, of interviews between police officers and criminal suspects, all in the high-definition resolution known as 4K.

Kottmann said their group was able to obtain “root” access on the cameras, meaning they could use the cameras to execute their own code. That access could, in some instances, allow them to pivot and obtain access to the broader corporate network of Verkada’s customers, or hijack the cameras and use them as a platform to launch future hacks. Obtaining this degree of access to the camera didn’t require any additional hacking, as it was a built-in feature, Kottmann said.

The hackers’ methods were unsophisticated: they gained access to Verkada through a “Super Admin” account, allowing them to peer into the cameras of all of its customers. Kottmann says they found a user name and password for an administrator account publicly exposed on the internet. After Bloomberg contacted Verkada, the hackers lost access to the video feeds and archives, Kottmann said.

The hackers say they were able to peer into multiple locations of the luxury gym chain Equinox. At Wadley Regional Medical Center, a hospital in Texarkana, Texas, hackers say they looked through Verkada cameras pointed at nine ICU beds. Hackers also say they watched cameras at Tempe St. Luke’s Hospital, in Arizona, and were also able to see a detailed record of who used Verkada access control cards to open certain doors, and when they did so. A representative of Wadley declined to comment.

The hack “exposes just how broadly we’re being surveilled, and how little care is put into at least securing the platforms used to do so, pursuing nothing but profit,” Kottmann said. “It’s just wild how I can just see the things we always knew are happening, but we never got to see.” Kottman said they gained access to Verkada’s system on Monday morning.

Verkada, founded in 2016, sells security cameras that customers can access and manage through the web. In January 2020, it raised $80 million in venture capital funding, valuing the company at $1.6 billion. Among the investors was Sequoia Capital, one of Silicon Valley’s oldest firms.

In October 2020, Verkada fired three employees after reports surfaced that workers had used its cameras to take pictures of female colleagues inside the Verkada office and make sexually explicit jokes about them. Verkada CEO Filip Kaliszan said in a statement to Vice at the time that the company “terminated the three individuals who instigated this incident, engaged in egregious behavior targeting coworkers, or neglected to report the behavior despite their obligations as managers.”

Kottmann said they were able to download the entire list of thousands of Verkada customers, as well as the company’s balance sheet, which lists assets and liabilities. As a closely held company, Verkada does not publish its financial statements. Kottman said hackers watched through the camera of a Verkada employee who had set one of the cameras up inside his home. One of the saved clips from the camera shows the employee completing a puzzle with his family.

“If you are a company who has purchased this network of cameras and you are putting them in sensitive places, you may not have the expectation that in addition to being watched by your security team that there is some admin at the camera company who is also watching,” said Eva Galperin, director of cybersecurity at the Electronic Frontier Foundation, who was briefed on the breach by Bloomberg.

Inside Arizona’s Graham County detention facility, which has 17 cameras, videos are given titles by the center’s staff and saved to a Verkada account. One video, filmed in the “Commons Area,” is titled “ROUNDHOUSE KICK OOPSIE.” A video filed inside the “Rear Cell Block” is called “SELLERS SNIFFING/KISSING WILLARD???” Another video, filmed inside “Drunk Tank Exterior” is titled “AUTUMN BUMPS HIS OWN HEAD.” Two videos filmed from “Back Cell” are titled “STARE OFF - DONT BLINK!” and “LANCASTER LOSES BLANKET.”

The hackers also obtained access to Verkada cameras in Cloudflare offices in San Francisco, Austin, London and New York. The cameras at Cloudflare’s headquarters rely on facial recognition, according to images seen by Bloomberg.

Security cameras and facial-recognition technology are often used inside corporate offices and factories to protect proprietary information and guard against an insider threat, said the EFF’s Galperin.

“There are many legitimate reasons to have surveillance inside of a company,” Galperin added. “The most important part is to have the informed consent of your employees. Usually this is done inside the employee handbook, which no one reads.”

TruckElectric said:
Market capitalization is determined by the stock price X outstanding shares. Not any one individuals personal opinion.
Click to expand...

Tesla's high market cap is simply an indication of how much people think the company will increase in value over time... Not an indication it is really worth $1 trillion. The original point stands... No company actually has a value of $1 trillion. Well, at least no company I know of. If you know of a company that is really valued at $1 trillion, not simply market cap, I'd be interested to hear about it.
OP
OP

EMguy said:
FullyGrounded didn't suggest anyone's opinion determines market cap. I think they were merely stating that the market cap is not representative of the company's value...
Click to expand...

How about YOU let FullyGrounded speak for himself.

TruckElectric said:
How about YOU let FullyGrounded speak for himself.
Click to expand...

They already did respond... But your snide response to them about opinions gave the impression you thought a company's market cap was its value. I was adding info to help you understand market cap is not the best indication of a company's current worth.

Then you responded with a snide comment back to me. You must be a real peach to converse with in real life ?
Last edited: Mar 10, 2021
OP
OP

EMguy said:
I was adding info to help you understand market cap is not the best indication of a company's current worth.
Click to expand...