OverlandCT said:
any ideas if the same front recovery winch could be used somehow to pull stuff up the tailgate ramp? Maybe through rerouting the cable/synthetic rope or something? or would a separate winch be nescesary?
Click to expand...

Sure you could, but i think it would be more cost efficient to run power and ground front and rear. Then you just have a mount which allows you to easily move the winch. People often do this and mount the winch to a front or rear hitch receiver. It would be pretty easy to have some sort of pad mounted in the bed which you could attach the winch to then quick connect power and ground, Same for the front bumper.

Okay... I have a question for the group. The CT will have torque vectoring, right? I've been stuck in the mud a few times (once with a '65 Mustang. A pond was involved. Long story). Anyway, I was thinking about winches because, well, this is a Forum about Winching. I was also thinking how Tesla seems to answer problems with unconventional thinking. While thinking along the "Tesla wouldn't do something so pedestrian as hanging a dumb looking cable reel off the front of their car though I see Jeeps doing this all the time though to be fair, they have the aerodynamics of a brick (but not a smooth brick).

Anyway, while thinking of other ways to get some kind of winch power without needing to do something like cut holes or move heavy motors around, I thought "Why not just get rid of the motor altogether?" What if, and bear with me here because I can't draw it up so I'll try to explain. You have a flat belt with a wide, flat hook on one end that happens to match your tire tread (Yes, this would only work for the stock tires) that you could set on the ground against a tire and then hit "rescue mode, right rear" or whatever tire you are going to use to pull yourself with. Then, the tire would slowly rotate while the belt's "hook" slips in between the treads and locks in place. Maybe it has small pokies to dig into the side of the tread blocks a little. Then, basically backing up would pull the vehicle along the belt as it winds up. The other end of the belt becomes like a rope that you can connect to another vehicle or a tree. I know the first thing that comes to mind is "You could easily break a bead there" or "You could snap that tread block right off the tire" But, the hook is the width of the tire and is shaped to connect to several blocks while going across. Maybe the "rescue" mode limits the torque that motor puts out so you don't have that concern so much. Just a thought.

A couple of manufacturers have webbing “rope ladders” they are tied to the wheel like putting on snow chains. They only work over very short distances.

The other way is to have a wheel mounted sheave/drum. The idea is to place the sheave/drum on special bolts on a rear wheel put a few turns on it and run the line through a fairlead in the front or rear bumper and attach to a suitable anchor, then simply drive towards the anchor. No winch needed. It does limit you to self rescues though.... unless you’ve got a way of lifting a wheel....(air suspension and jack stand..... anyone? Anyone?)

I'm quite sure some clever engineer could incorporate a winch drum into a wheel with fold out fairleads to direct the line into the wheel rather than having the drum protrude from the wheel.
Last edited: Jun 2, 2020

Timoj said:
I'm quite sure some clever engineer could incorporate a winch drum into a wheel with fold out fairleads to direct the line into the wheel rather than having the drum protrude from the wheel.
Click to expand...

And with one on each rear wheel and a strong enough fairlead in the bumper (and anchor point) it could literally pull itself up a vertical cliff.

OverlandCT said:
any ideas if the same front recovery winch could be used somehow to pull stuff up the tailgate ramp? Maybe through rerouting the cable/synthetic rope or something? or would a separate winch be nescesary?
Click to expand...

I think with the vault cover and that their is already power in the bed, just mounting a winch to the front of the bed (opposite the tailgate/ramp) would be the easier thing to do. Because the bed payload is 3,500 lbs and assume you are not dragging it straight up a rough cliff, then a smaller winch of say 3,500lbs or less even, should be enough to pull a load onboard. 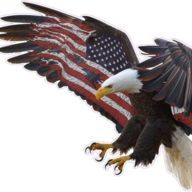 If tesla does have a winch for the cyber truck it will definitely be an option as not every truck owner puts a winch on the front of his truck.
I for one would like to see it I would also like to see it somewhat hidden in the frunk as well.

it’s already been said that there will be rail systems in the bed of the cyber truck so attaching connecting points to hold a winch to allow it to pull things up into the bed would not be a problem, power is already there.

Vehicles
ICE, so far. Cybertruck will be first electric

Winch mounts should be built in, front and rear. Put a plate over the opening for those who don't opt for it/them.
Advertisement