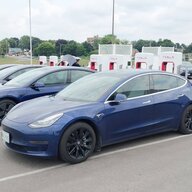 kev12345 said:
We used to have a minivan with a flip down screen for the rear seats. The kids would always rather use their iPads. Rear screens are a waste of money and space imo.
Click to expand...

Our caravan has this. My kids wished they could use their xbox1 controllers to play the Tesla games like it seems to have in the S and X. 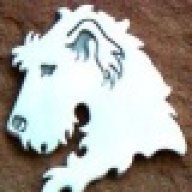 CT-Tm might get it maybe. But the others very doubt they will get a screen in back.
Thanks
Deasun
{ Tesla Referral Link: https://ts.la/deasun72498 }

The National Highway Traffic Safety Administration (NHTSA) has given an updated statement regarding Tesla’s new Yoke Steering Wheel, which comes as an option with the refreshed Model S and Model X.

The NHTSA told Teslarati this morning:
“NHTSA is aware of the recently launched Tesla steering yoke in certain Model S vehicles. We requested and received information from Tesla about the steering yoke and we remain actively engaged with the company during our review. NHTSA routinely engages with auto manufacturers and suppliers to better understand the new technologies and features they develop and introduce to the U.S. fleet.”


Since early February, the NHTSA has been actively reviewing the Yoke Steering Wheel when the agency indicated that it “cannot determine if the steering wheel meets Federal Motor Vehicle Safety Standards. We will be reaching out to the automaker for more information.” Since then, Tesla has been communicating with the NHTSA to determine whether the Yoke lines up with its safety standards.

Any car or equipment used with a vehicle that will operate on U.S. roads must comply with the NHTSA’s FMVSS, or Federal Motor Vehicle Safety Standards. Tesla and any other car company has the right and ability to determine internally whether a vehicle or piece of vehicle equipment is compliant with the FMVSS, and can use any means necessary to determine this. Manufacturers can use testing procedures, engineering analytics, or standard testing procedures to determine whether a vehicle or piece of equipment meets the NHTSA’s FMVSS standards. Ultimately, the NHTSA gets the final say, and if a vehicle or piece of equipment is in violation of any of the FMVSS regulations, the agency has the ability to act if it sees a reason to believe that it is noncompliant or has the possibility of causing a safety-related defect.

It has been speculated whether Tesla would be able to keep the Yoke design within its Model S and Model X vehicles. As of now, it appears the NHTSA is still communicating with Tesla, but the Yoke has not given the NHTSA an indication that Tesla has committed any noncompliance or safety-related defects with the new steering wheel design.

Tesla’s new Yoke steering wheel has been approved for use in several regions, including the United Kingdom and the Netherlands.

I predicted before that after much delay, hand-ringing, teeth-grinding and general government do-nothing that the NHTSA will ultimately approve the yoke. I’m still betting on it.
Last edited: Mar 5, 2021

Blue Steel said:
I am going to accidentally turn on my turn signal all the time.
Click to expand...

As a UX Designer I am positive they tested against this and have figured out how to stop this from happening. Would think this would be the #1 concern in going with a yoke.

Bond007 said:
If there are no stalks, how do we put this car into forward or reverse gear.
Using touch screens,...?.surely that cannot be true.
Well, you never know how Elon's brain works.
Click to expand...

Teslas are supposed to anticipate what gear you want to be in for most scenarios in the near future, so while I agree it won't be on the touch screen it won't need to be used nearly as much as we do today.

Dids said:
You push or pull on the yoke?
Click to expand...

Push to go down hill,. pull to climb uphill. 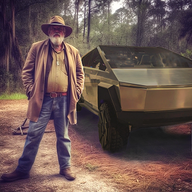 When I looked at photos I took yesterday of our drive along the coast I noticed my wife should be just fine with Yoke Steering. If you're wondering about the doll. That's Izzy my daughter's little friend. When Izzy was thrown to the front, we decided she needed to work on her tan, driving past Malibu! ? 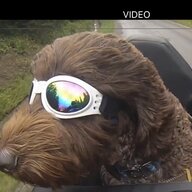 soonerdy said:
Teslas are supposed to anticipate what gear you want to be in for most scenarios in the near future, so while I agree it won't be on the touch screen it won't need to be used nearly as much as we do today.
Click to expand...

After all it looks like the gear sifter is actually on the touchscreen. Even though with Tesla's smart gear prediction, it'll be rarely ever used (baring the first few times when you show it off to friends / family). Most will be super happy to see the auto gear selection anyways.

Things have changed...new deal is put your hands on 9 and 3 so it looks like the wheel will work lol

1ofafew said:
Things have changed...new deal is put your hands on 9 and 3 so it looks like the wheel will work lol
Click to expand...

Is this for your State or all States? 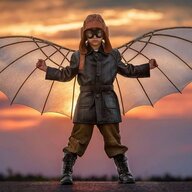 CompMaster said:
Is this for your State or all States?
Click to expand...

They started preaching 9/3 instead of 10/2 so airbag deployments throws your hands apart instead of into your face.

Stuck4ger said:
They started preaching 9/3 instead of 10/2 so airbag deployments throws your hands apart instead of into your face.
Click to expand...

Is this in school or else were as well. I would love to get some sources and share to others for there safety.

CompMaster said:
Is this in school or else were as well. I would love to get some sources and share to others for there safety.
Click to expand...

I learned it from my kids when they went through Driver’s Ed in Cali. 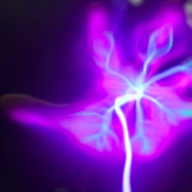 I still don't understand the belief that yoke style makes tight u-turns difficult. The launch day test rides show the drivers being effortless with the u-turns they did over and over and over. At least a couple of different drivers and I didn't see flying elbows and wild arm movements. Also, the drivers were distracted answering questions and pointing out features, and still the turns looked easy when they weren't focusing 100% on driving.

@ 1:42 in this one, the start of the turn is missed but the steering out to the turn is shown:

Yoke to Steering wheel; is this too obvious?
3 4 5