The problem with their 'reliability' survey is that it happens right as they're being initially sent out, so really nothing to do with reliability. They oversampled Tesla, and there's no objective measures.

For all we know, all the fit and finish news has gotten people eyeing Tesla more closely for these specific things. 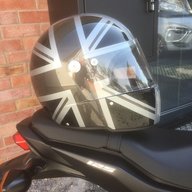 TruckDaddy said:
Having had 2 Priuses with regenerative braking, I only used the brake pads about once per 12,000 miles, would have easily lasted over 5 million miles, given my driving style.

With Tesla, I anticipate no wear items in the first 500k miles, other than tires, cabin air filter, and wipers.
Click to expand...

TheLastStarfighter said:
CR is about as good as it gets, tbh. I think it's just important to read into the details. Yes, the early Model Y's have had a lot of problems, but do those problems bother you? The problems were things like panel fits, paint, etc. To me that's not reliability, but quality control. Those things are of low priority to me. I do very strongly care about motor failure, battery failure or degradation, those type of things that leave you with a crap car or even stranded. To me that's reliability. Most data seems to indicate that Tesla's have become very reliable after the initial 3 years of the Model S.
Click to expand...

CR being as good as it gets is a very sad thing.

They have had more than one scandal involving dishonesty in their reviews.

mrschwen said:
CR being as good as it gets is a very sad thing.

They have had more than one scandal involving dishonesty in their reviews.
Click to expand...

It's a tough business to be in right now.

Cybertruck‘s EV motors are 6 years ahead of its competition, its PDU (power distribution unitization) is unequalled as is its S.S. 30x exoskeleton. Tesla’s design brief for its model S remains a success and growing with its new PLAID. I’ll just close with NHTSA and IIHS who awarded TESLA the highest safety rating, multiple years running.

Will you take any arrows being first adopters? Definitely! Expect to have to flatbed into a Tesla Service Center. It could be an own-goal or a Tesla owned-fixe. AAA is your best friend. But, for sure, expect “ we’ve never seen that before”. Welcome to new model territory.

You’ll be stranded once at least. Whether you take a trip parking your CT at the airport more than a week or it just locks you out of your CT in the middle of the desert - you’ll flatbed again back to a dealer. At your or AAA expense. You know the drill by now.

Not a Beta tester, early adopters are willing pioneers who buy state-of-the-art to have the latest and greatest. Very very few will be savvy collectors icing a first edition to sell later with”0” electrons and no miles. But IF you do sell expect your first edition, like the first Corvette, to be a classic already. And many early adopters will move-on to newer EV offerings but none will go back to ICE. Either way you go, you’re going in the right direction. Early adopter may not be the right way for some. That’s Ok.

Not all pioneers made it all the way to California either. Middle territories populated with pioneers so the EV space is a vast empty and open new territory. Cybertruck in a few decades will look like a ‘55 Corvette does today. It would be so damn interesting to read Tesla’s design brief how it intends to evolve a million mile Cybertruck.

Have a great time, enjoy and be well however Cybertruck works for you.
RN112923939