How can it be so affordable?

HaulingAss said:
No, the overall charge rate of the 4680 is roughly the same as the smaller cells due to the need to remove more internal heat.
Click to expand...

I think you've missed the point. The new cell architecture reduces the amount of heat produced per ampere pushed in by reducing the effective internal electrical impedance of the cell while at the same time making it easier to remove the heat that is produced by reducing the thermal impedance.

Nonetheless I don't think the charging speed will go up dramatically. Tesla seems to run about 1C average and I don't expect that to increase to more than, say 1.4C which I will be the first to admit is a WAG and I think that will be limited by SEI reactions rather than heat concerns. After all the pack will need to discharge at higher rates than it charges at and heat has to be disposed of then.
Advertisement

But that doesn't mean the size itself isn't a disadvantage.

Do you even understand what you're arguing?

There are always pros and cons. The tabless just lets them have a larger battery, in essence. The quicker charging, as I pointed out, is from the chemistry. The larger size counteracts any benefit from the tabless design.

Take any wire with a known resistance per unit of length. Now make it half as long. How much resistance is left?

That applies to electrical and heat resistance.

Yes tabless makes larger diameter batteries work. It does so by reducing heat generated from resistance. The heat generated by "the chemistry" or the "fusion reactor" still can be removed faster by the shorter length conductor, no matter where it is in the cell. All paths are equal with a tabless cell.

The primary constraints on charging/discharging is heat. It also makes no sense for Tesla to make something with worse performance.

HaulingAss said:
Crissa didn't say it as precisely or accurately as possible because the bulk of the heat is not generated in the tab itself but via the electrons moving positions within the cell as it is charged and discharged. Other than that, her explanation is what you need to pay attention to.

But I love it when someone posts a lengthy video to supposedly prove their misguided ideas correct, especially when said video does nothing of the sort.
Click to expand...

Did you watch it from 11minutes onwards as recommended by my post? 1minute should of been enough to understand the difference with tabless when he unrolls the dunny roll.

EM even tweeted this on tabless battery patent:
"Way more important than it sounds."

JBee said:
Take any wire with a known resistance per unit of length. Now make it half as long. How much resistance is left?
Click to expand...

This is called a 'straw-man argument'.

Crissa said:
This is called a 'straw-man argument'.


If I super size my battery, can I have my conductor super too? 
If I super size my battery, can I have my conductor super too?

Now I'm picturing someone making a single use EV out of Energizer AAs. 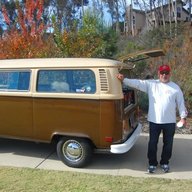 Ogre said:
About two years ago Tesla had a special Battery Day, and unveiled a series of planned improvements to their battery platform. One of them was a new battery cell which was bigger than their current platform and had a series of cost savings manufacturing technologies. That cell is called the 4680 cell based on the diameter and height of the cell (46mm wide, 80mm tall). The cells are less expensive to manufacture and more energy dense.

With the new cell, they can bundle them into a package called a structural battery. The structural pack is simpler to cool and as the name implies, is usable as part of the structure of the vehicle. A typical battery pack is dead weight which needs to be supported by the car or truck. With the structural battery, they cram all the cells into the case and fill it with resin which turns it into a giant stiff platform which can help support the weight of the cabin.

Without the cost and weight improvements the cell enables, the Cybertruck would be nearly as expensive as the Rivian. There are other cost/ weight savings measures, but the 4680 cells and the structural battery are more or less fundamental components which underpin the whole thing.
Click to expand...

Thank you for the explanation

Ogre said:
Now I'm picturing someone making a single use EV out of Energizer AAs.
Click to expand...

Why have alkaline when you could have lithium?

Crissa said:
Why have alkaline when you could have lithium?

Those are pretty cool. But I don't have a ton of disposable battery stuff lying around our house.

What I do have a frustrating amount of is things with embedded batteries which are difficult to recycle.

Crissa said:
This is called a 'straw-man argument'.

Um its the only thing I've been talking about and the reason why I questioned your posts because you argue both for and against it, depending on what post you read. I wouldn't have brought it up otherwise, just wanted to clearly show how it is.

To be clear on the "argument":

2. If that is true, then it would stand to reason that the tabless design also reduces the path length that heat has to travel, which in turn would mean that a tabless design would be able to cool better as well.

3. As per above Tabless design also means that the heat that travels out of the cell has the same path length as the electrical path, and therefore heat has to travel the same distance to the cell edge, if the heat originates in the center of the cell or the outside of it.

4. All of the above aids in better current flow, less heat losses, which in turn is the main limiting factor for discharge and charge rate limits. The "electron flow in the chemisty" is not the primary heat generator, but even if it were, a tabless design would still improve cooling and electrical path performance and with it improve charging performance.

Maybe this helps to visualise the subject:

This is how current flow looks like on a "tabbed" design cell when the round cell is unrolled. Note the distance current has to travel from one side of the roll to the other. Here the heat can only escape from the outermost layer of the cell (when its rolled up) causing a heat buildup in the inside of the cell. In comparison this is a "tabless" design (which really should be called lots and lots of tabs!). Here it is clear the distance is much smaller between the individual tabs. This is why there is a "shortening" of the conductor length and accordingly a reduction in heat generation from the current flowing between "lots of tabs" in comparison to just the two tabs on either end. This is also the same for the heat path, meaning each tab is now capable of cooling, even in the middle of the cell, unlike above. This was also the dunny roll presentation on the youtube link.

If reading is more your style please read this:
https://www.allaboutcircuits.com/news/just-how-much-breakthrough-teslas-tabless-battery-cell/

I previously posted in this thread that it might be possible with the new production methods to reduce the cost of the M3 possibly down to $25k. I also mentioned the cost of the battery being a substantial barrier to achieve this, however, on another thread I did some numbers like this:

Is it possible to reduce the manufacturing cost (not retail cost btw) another $4-5k to reach a $25k retail cost by using castings etc? I think it should be, we're more than half way there with a 4680 pack alone.

A $25k M3 would be fantastic. Let alone when the infrastructure bill comes through. . 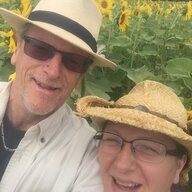 Crissa said:
The price increases for the Y are probably based upon taking profit from an overheated market. If you don't have more of a product to sell, you can always try raising the price to increase your profits.

There is no particular reason why these prices would reflect costs rising in the background - and certainly not long term.

The Cybertruck is designed to cut costs in several ways. It doesn't use paint. It uses fewer metals. It uses folding instead of stamping. It has fewer panels.

And Tesla uses fewer parts to do the same thing others do. Fewer chips, shorter cabling, shorter tubing, fewer controls, etc. So they're affected by these shortages less than other manufacturers.

VW announced that it takes 48 hours for them to produce an ID and it takes Tesla 10 and that they better get their a$$ in gear. Wait till GM Ford Rivian etc etc see how fast a cybertruck is produced, while they will be charging $100k plus per vehicle and losing money .. and that is why Tesla has 1.5M orders. Buy Tesla invest in Tesla

It would be an entirely different M3. Creatives can muster a new two letter suffix behind M3

Closing the price gap or differential is an existential exercise for Tesla and Elon to commoditize their product. At the end of the exercise, the reality you suggest is within grasp.

Its wholly within the realm of doable to forgo product design, development, test and regulation in addition to standing up a new GigaFactory before launching to recoup investment. MY (??) would scale orthogonal quicker and atop existing Giga footprint with optimization, supply chain optimization and design tweaks.

No M2 necessary — Wham! Tesla could jump the whole dust-up with an undeniable answer out of first principles. Build it great, optimize and squeeze excess at the margins to yield the cost-effective affordable version.
RN112923939
Advertisement
You must log in or register to reply here.
Share:
Facebook Twitter Reddit Email Link