Tesla is really betting on the yoke steering wheel, which is making some nervous with the Cybertruck and Roadster prototypes also featuring a similar wheel.

Elon Musk says that progressive steering, which would fix some of the steering wheel’s issues, is still a few years away.

When Tesla unveiled the new Model S with the “Yoke” butterfly steering wheel, it was controversial.

However, as Tesla started deliveries of the new Model S Plaid last week, we were surprised to see that the wheel had a normal 14.0:1 steering ratio, and it is proving to be impractical at lower speeds:


There are even some driving scenarios where the butterfly not only becomes impractical but even potentially dangerous.

For example, if you lose control on an icy road, it could be harder to do some quick maneuvers to regain control.

Commenting on the new wheel, CEO Elon Musk said that “it’s great,” and he confirmed that a progressive steering curve wouldn’t come for at least a few years:

“I’ve been driving with the yoke for a while and it’s great in my opinion. Progressive steering would require complex gearing or drive-by-wire without direct mechanical link. Will aim for that in a few years.”
Click to expand...

It sounds like Tesla’s new steer-by-wire system won’t be ready for a few years, and therefore, you can expect only incremental improvements in the steering system until then.

Musk also didn’t answer the question about Tesla offering a round steering wheel as an option despite the product existing since it has been spotted on prototypes leading to the launch of the Model S Plaid.

What about Cybertruck and Roadster?

This is making some people nervous because it’s not just about the new Model S.

If Musk likes the new steering wheel, and Tesla had also unveiled a yoke-style steering wheel on the Cybertruck and Roadster prototypes, this is likely going to be the automaker’s future.

The current steering systems would have the same problems with the Cybertruck and Roadster on top of additional ones, especially for the Cybertruck.

You can expect the same problems at low speeds and for parking situations to be amplified for the Cybertruck while towing and parking while towing.

I am really torn about it because I think it looks awesome, and it definitely looks like a better solution at high speed.

But the question is: Is it worth the disadvantages at low speeds?

The crazy thing to me is you can make everyone happy here by simply offering a round steering wheel option, and then people can answer that question of themselves.

If Tesla doesn’t end up doing it, I am hearing that some aftermarket accessory makers are already working on it.

That said, I am still surprised that Tesla decided to pull the trigger here without a progressive steering solution.[/QUOTE]
- FutureBoy

Elon Musk has confirmed that Tesla will not offer a regular steering wheel option on new Model S and Model X vehicles.

When Tesla unveiled the new Model S with the “yoke” butterfly steering wheel, it was controversial.

Some were worried about the actual shape of the wheel being problematic and others about the lack of drive stalk to choose the drive mode.

As for the former, we thought that the automaker wouldn’t risk bringing the controversial yoke steering wheel to market without a non-linear steering curve enabled by a steer-by-wire system.

Especially knowing that Tesla has been developing a steer-by-wire system.

However, as Tesla started deliveries of the new Model S Plaid last month, we were surprised to see that the wheel had a normal 14.0:1 steering ratio, and it is proving to be impractical at lower speeds.

Until then, some believed that Tesla might offer a standard round steering wheel as an option, but the CEO confirmed today that it will not:


Musk insists that the yoke steering wheel is worth it for offering better visibility of the instrument cluster and its driving visualizations.

If you do a quick pros and cons list for the yoke wheel, it’s pretty simple.

For me, the pros include the improved visibility, and it just looks cool.

As for the cons, it is obviously not ideal for low speeds and for quick maneuvers in case of slipping:


Now you have to decide if the cons outweigh the pros.

Honestly, I don’t get why Tesla doesn’t make it an option, especially since we know that they developed a new regular round wheel with the new force touch buttons and no stalk.

I’ve already heard that some aftermarket companies are working on third-party options, so at least Tesla created a market for that.
- FutureBoy

My guess about the Cybertruck is that since it is Elon's passion project, its getting the new yoke steering. With no option for the old steering wheel.
- FutureBoy

And no, you shouldn't be swinging your wheels around wildly on ice.

I think I will be OK with it but if my wife has to drive it, I may have a problem.

This is one new owner’s impression of Yoke.
p.s. He was very impressed with 60-130 acceleration. CT3 owners may get some of that. 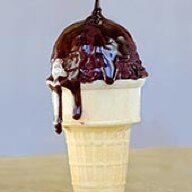 Crissa said:
I think that most of the time when I see someone say 'this could be dangerous' I also see them doing something dumb (like crossing their arms over the airbag)

And no, you shouldn't be swinging your wheels around wildly on ice.

....just thinking they are underestimating the traction control ability on a Tesla. No need to to full counter and try to regain control when you can just keep the vehicle pointed the right way and let it do it's thing.

I'm a driver coach with several clients that have 2021 Porsche GT3 RS's.

There are times when a human cannot spin the steering wheel fast enough when a car is correcting its direction. I teach my clients to let the wheel spin within their hands and "catch" it at the exact moment needed. This will not be possible with a yoke.

I think for 98% of drivers out there, the yoke will be fine. Last night I saw Marques Brownlee's video on the yoke touch controls. I agree with him... I think buttons would be better.

If in the CT I hope it has a feedback limiter, because you learn pretty quick you don't put your thumbs inside the wheel is you want to keep them whilst driving off-road. Also I don't know how the yoke will go on bumpy terrain where the yoke would whack your leg because it hits a bump and it goes down while your leg goes up. Not nice. I'd prefer something a bit rounder for offroad.
Technology is a lever on the environment to enact our will. Use it wisely and sustainably to positively change our future.

I think it was Car and Driver that complained the yolk prevented them from steering with a knee while balancing a hot triple-latte.

I must have missed that day in driver's ed.

This is the only thing about the CT that I am not looking forward to. I will be actively trying to find a way to mod the thing, even in an ugly functional modification. Hell, I'd rather have a giant square than a yoke. This is the one thing that interacts with the entire vehicle. It's like changing a golf grip or messing with someone's pay, it's not the place to go making changes.

Like @OneLapper talked about, sometimes I do let the wheel go through my fingers. On casual drives, I'll put a couple of fingers wherever to drive with the expectation that I know exactly where the wheel is.

OneLapper said:
This will not be possible with a yoke.
Click to expand...

It'll be fine. And possible. Leave the hands at 9 and 3; it'll return to them.

Didn't get a chance to watch the video yet. Very interesting that he is mostly not happy with the touch buttons. I'm kind of onboard with that criticism.

CyberGus said:
I think it was Car and Driver that complained the yolk prevented them from steering with a knee while balancing a hot triple-latte.
Click to expand...

I'm going to go out on a limb here and suggest that if you have a hot latte in your hand, autopilot is safer than steering with your knees. If it's a triple latte, it might be 3 times safer.

I know... not a scientific answer, but I'm going with it.

I heard much the same arguments when going from the flip phone to the chocolate bar style. Then when we moved from physical keyboards went away as we moved to virtual keyboards. ‘’I won’t ever have a phone without a keyboard! You can’t use it. It’ll be slow, maybe even dangerous.”
Um, yeah.

Some people need to be dragged into the future.

Relax. It will be fine.

CyberGus said:
I think it was Car and Driver that complained the yolk prevented them from steering with a knee while balancing a hot triple-latte.

I must have missed that day in driver's ed.
Click to expand...

To be honest, I tend to use auto pilot now with my left hand resting on my knee and lightly holding the wheel at around 7 or 8 o'clock to keep AP happy. Not sure that would be possible with the yoke.
You must log in or register to reply here.
Share:
Facebook Twitter Reddit Email Link

Tesla's head of AI / Autopilot is leaving after 5 years
2

This is how i want my CT dashboard
2 3