Crissa said:
They haven't specced anything public about the front end. We don't even know if it'll have a casting at all!

We just have back of the napkin, educated guesses. And that's all an engineer who isn't on the team would have, too.

I agree, we don't know but trying to make educated guess based on what info is available.

One data point is the new Model Y from Austin is supposed to have front-end casting.

FutureBoy said:
I really want to see a CT4 doing this stuff.
Click to expand...

The CT2 is as fast or faster than this Raptor. The CT4 will hit 130MPH on the dry lake bed. 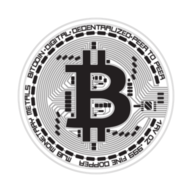 
The "beefyness" of the casting does not really dictate the size of the machine. It's really more about the surface area of the parting line on the mold. The larger the surface area, the more hydraulic forces are trying to open the mold during injection.

So, assuming the parting line of the mold is the same, then the clamp pressure of the machine can be the same.

I see I'm a little late on this. Before I get accused of back of the napkin math, remember I spoke in generalities, and I design and build molds for the automotive industry in the tool shop that I own.
Last edited: Dec 6, 2021

Ogre said:
The CT2 is as fast or faster than this Raptor. The CT4 will hit 130MPH on the dry lake bed.
Click to expand...

What is 0-60 and can I afford the insurance when I will mostly be in 405 traffic having ZERO speed fun?

John K said:
What is 0-60 and can I afford the insurance when I will mostly be in 405 traffic having ZERO speed fun?
Click to expand...

Good news is you can put it on Autopilot and let the car deal with the traffics.

Ogre said:
Good news is you can put it on Autopilot and let the car deal with the traffics.
Click to expand...

FSD for me, I want the truck to find my exit.

I may punt FSD if this is the only way I can stomach paying for 4 motor variant. Hope I can add solar aftermarket too if the option is outrageous.

The pressure rating has little to do with the cast volume or strength of the part being made, rather only the total cast area that can be done at once.

Imagine the pressure required to make a cannon ball versus a flat plate of the same volume. The cannon ball will be a "stronger" part than the plate against deformation, but the plate will also have a significant amount more area requiring much more press force to mold.

As for "structual" elements these rely heavily on the part geometry and the ability of the vehicle suspension to retard the acceleration forces experienced by the vehicle from the change in momentum. If done right the dynamic load experienced by the cast itself could become trivial and as such the casting wouldn't need to be "beefy" at all to avoid plastic deformation. Making things "more rigid" in high dynamic load applications typically leads to premature failure and fracturing of metal parts. Better off "going with the flow" and designing systems to reduce dynamic shock by using something that dilates force over time. (Like a airbag or spring) That will lead to a smaller, lighter and cheaper solution with greater reliability and performance.

The pressure rating (ktons) of the press has nothing to do with the above, except that it produces parts, that hold the parts of the suspension that takes most of the dynamic load. Alternatively feel free to weld your vehicle suspension rigidly to your car and take it for a spin and see how long it lasts.

With mounting tools (snowplow etc) on the front of the CT, these will likely require a sub frame that attaches to the front cast, or structural pack frame, so it does not reduce the function of the front crumple zones.

As for being a "dumb thread", I consider every thread useful if you can learn something from it. Often you just don't learn much about the thread topic!
Last edited: Dec 6, 2021
Technology is a lever on the environment to enact our will. Use it wisely and sustainably to positively change our future.
You must log in or register to reply here.
Share:
Facebook Twitter Reddit Email Link

Updated CyberTruck to be shown in a month or so AFTER WE GET THE 8000 TON CASTING MACHINE RUNNING!
31 32 33