Hey, you're right! How is this at all an update? Lol
Advertisement

Also, Tesla confirmed nothing except that model Y is indeed coming to giga Texas before Cybertruck, which was only a false rumor to begin with. Here's a CURRENT picture of the model Y line inside giga Texas:

Seems like things are moving perfectly fine to me.
Source: Tesla Q2 report

You've got a few sides to this. On the one hand they don't formally delay CT, yet they DO delay Semi. On the other hand, you've got Elon saying there's still work to be done on 4680 and that CT production will be the most difficult (when unveiled in 2019 wasn't is supposed to be easier?). Further, they aren't even in the Beta phase yet.
So with all this, as hopeful as I want to be, I just don't see Cybertrucks on the road until 2023 at the earliest. Way too many hurdles to overcome. They don't even need CT rn... demand for all their other cars is so high.

Someone please prove me wrong

hridge2020 said:
Tesla has all but confirmed that Cybertruck production is going to be delayed into next year.


After unveiling the Cybertruck in 2019, Tesla said that the electric pickup truck would make it to market by the end of 2021.


In the same document, Tesla updates a chart quarterly about its vehicle production capacity, and it still only mentions the Cybertruck production as “in development” rather than “construction”: 
He stopped short of confirming that production isn’t going to start until next year, but if the automaker is still in the alpha stage of the program and it is waiting for Model Y to reach volume production, it sounds unlikely that we will see the electric pickup truck this year.

For one thing, Electrek is often full of it, excuse my French. “All but confirmed”? He said, and reiterated, the CT production would begin after MY production. Period. End of story. Does it make sense that the CT will push to next year? Yes, sadly. But to put words into his mouth is just annoying. I find it just as annoying when people talk about the semi being on the slate at GigaAustin. Tesla never said so so it’s someone’s pipe dream.

It also annoys me when they speak about “Model Y part of the factory”. There is 1 area that will be exclusive to the Model Y and that is the paint shop. As far as anyone knows the rest of a very, very large factory can be for any model. This is fluffing up a piece that has no legs with even more fluff.

We should be pleased that they are beginning to commission so parts of the factory; that is news.

LeoIsRad said:
All I can say is I'm contemplating suicide...
Click to expand...

I hope you will not mention in your will your place in the CT order line?

Contemplating going forward with my Model A long range order in September...this wait is killing me!

If it's your first Tesla, gratz!! It's a game changer. 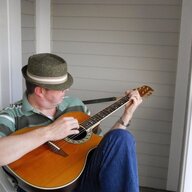 I heard that they crash tested the new 4860 structural battery pack (Internal test). I'd assume that they would be testing the Model Y pack. (I found the link)

I think I heard Mr. Monroe say that the body setup for the CT is a simple to make design. simple simple simple, easy easy easy. Link that says something about it.

All the difficult parts of the CT are in the New Battery Pack. I think it is safe to say all the other moving parts have been in use for years now.

All of you will be driving your CT's long before I get mine as I only ordered a couple of weeks ago.


hridge2020 said:
In the same document, Tesla updates a chart quarterly about its vehicle production capacity, and it still only mentions the Cybertruck production as “in development” rather than “construction”

LeoIsRad said:
All I can say is I'm contemplating suicide...
Click to expand...

Klaxon said:
I hope you will not mention in your will your place in the CT order line?
Click to expand...

This brings up a weird point...

There have already been extensive discussion of those who want to sell their place in line. And the agreement made for the $100 deposit is very clear that Tesla does not allow for the transfer of preorders.... So what about if the person passes away? Does the preorder transfer with the estate? Can the estate still purchase a low order number CT?
- FutureBoy 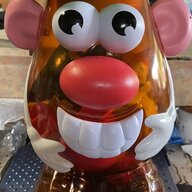 Hate to say it guys but looking back at the previous " wheels on the pavement" production fulfillment dates. faith being the belief in something without evidence to support it.
Last edited: Jul 28, 2021

Elon has ALWAYS said ramp up will be in 2022. limited production hope for END of 2021. How was that confusing?

Seems more unlikely any production by year end. The statement by Tesla that they will produce the Y first confirms rumors but stating that the Model Y is a priority is concerning to those impatient for a Cyber truck. Especially since in the ER he said that “ we expect to be producing the model Y …in limited production later this year” what Musk said about batteries and the chip shortage also bodes for delays in the CT.
He has made the statement repeatedly that to produce a prototype is easy. To manufacture is hard.

I think there are many statments in the ER to conclude production won’t start until well into 2022. I read the ER and that’s my guess from it.
Example from the ER regarding CT
From Lars Moravy

Sorry, we cut out there for a second. Yeah, the Cybertruck is currently in its alpha stages. We finished basic engineering the architecture of the vehicle. With the Cybertruck, we're redefining how a vehicle is to be made. As Elon said, it carries much of the structural pack and large casting designs of the Model Y being built in Berlin and Austin. Obviously those take priority over the Cybertruck, but we are moving into the beta phases of Cybertruck later this year, and we will be looking to ramp that in production, and take it to Texas after Model Y is up and going.”
IMO Hope for the best, prepare for the worst and be realistic.
We’ll get our Cyber trucks when we get them. I hope sooner than later.

Benefits of a delay in production could be improvements in the vehicle and for me, possibly people dropping out in front of me moving me up in line LOL

There will be zero production of CT this year... they are developing a completely new vehicle, don't have the batteries and they are also dealing with chip shortages (as is every auto mfg). There is no way customer deliveries are happening within 5 months.

Elon Musk re: Austin starting production;
(re: Giga Berlin/Texas) " So we expect to be producing the sort of new design of the Model Y in both factories in limited production later this year. It’s always like, it’s hard to sort of explain to people who have not been through the agony of a manufacturing ramp. Like, why can’t you just turn it on and make 5,000 a week. This is, it is so hard to do manufacturing. It is so hard to do production. "

Drew Baglino re: CT manufacturing;
"The Cybertruck is currently in its alpha stages. We finished basic engineering architecture of the vehicle. With the Cybertruck we’re redefining how the vehicle is being made. As Elon said, it carries much of the structural pack and large casting designs of the model Y being built in Berlin and Austin. Obviously those take priority over the Cybertruck, but we are moving into the beta phases of Cybertruck later this year. And we’ll be looking to ramp that in production in [inaudible 00:15:34] Texas after model Y is up and going."

Elon Musk re: battery cap;
"So the Cybertruck and Semi actually both are heavy users of sub capacity, so we’ve got to make sure we have the sub capacity for those two vehicles or it’s kind of pointless. We can make a small number of vehicles, but the effective cost, if you make a small number of vehicles, is insane. They would literally cost a million dollars piece or more. There’s a reason why you do things at volume production, which is to get the economies of scale that get the cost down.
So we are looking at a pretty massive increase in cell availability next year, but it’s not like in January one, it comes through … it ramps up through the course of next year."

He said 'cell' I don't know why the transcript says 'sub'.

Poll: Poll: Which CYBRTRK configuration(s) did you pre-order, if at all
2