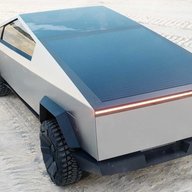 What do others think about the article's thoughts on the delay being a way to deal with the "Osborne Effect" (People canceling current orders to wait for new-improved features)?

I truly believe that Tesla will secretly start installing the 2nd generation of batteries into all of its models sometime in August but with software that will keep the current range. And then at battery day he will make the official announcement about the new batteries and tell everyone they have been installing them for the past month at Fremont. Tesla will inform everyone that they will be "flipping the switch" via an over the air software update on all recently purchased vehicles. And like magic your 300 mile range Tesla gets an additional 100 hundred miles.
Last edited: Jun 22, 2020

Mini2nut said:
I fully believe that Tesla will start installing the 2nd generation of batteries into all of its models sometime in July/August but with software that will keep the current range. And then at battery day he will make the official announcement about the new batteries and tell everyone they have been installing them for the past month at Fremont. Tesla will infirm everyone that they will be "flipping the switch" via software on all purchased cars on so-and-so date to allow your car to magically go from from 300 miles to 400 miles on a charge.
Click to expand...

Im onboard with this idea as well, I think the incredibly interesting point will be the cost. Much like the CT unveil and the gasps from the crowd at the 39k pricepoint, being that its investor day as well, i think they explain the cost difference and what that means for Tesla financially and that will be the *gasp* moment.

To be clear, this savings was already built into our truck price....though the range increase may not have been

What do others think about the article's thoughts on the delay being a way to deal with the "Osborne Effect" (People canceling current orders to wait for new-improved features)?

Not sure I agree with his conclusion on the "Osborne effect"

Tesla could very well announce the new batteries will be available in the CT and the Roadster, but not current production models like the S, 3, and Y.

I point to another section of the article that says Tesla re upped a 3 year deal with Panasonic for batteries. Panasonic supplies the current batteries for the S, 3, X, and Y. If you figure CT production will most likely be delayed (like every other Tesla product has been) it will be 2 or 3 years before CT start rolling off the line, but since you can't buy one until then, not having the "new" batteries in the current production models would cancel out the "Osborne Effect" as people have most likely already made up their minds if they are going to buy a current model or wait until the CT is out.

The new battery tech might be available in the Semi, but that's not competing with the consumer market.

Now that does not mean there will not be a Generation 2 version of the 3 and the X (the X is way overdue for a refresh) down the road with the new batteries (much like they did with the new S model vs the older ones). However, that could be held off until the Panasonic deal is coming to a close.
Last edited: Jun 24, 2020

There will be much to see on Battery / Investors Day!

What do others think about the article's thoughts on the delay being a way to deal with the "Osborne Effect" (People canceling current orders to wait for new-improved features)?
Click to expand...

There is certainly truth to this Osborne Effect and I would do the same (cancel my order) if I believed that waiting a few months would net me a huge improvement in battery performance. That said, I believe that Tesla has demonstrated, over and over again, a skill at making strategic announcements. He (Elon Musk) announces things when it will do Tesla the most good (and, possibly, certain others the most bad). I am convinced it had nothing to do with Covid-19 or crowds. 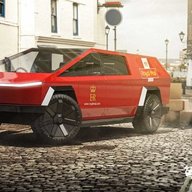 For what it’s worth

After connecting the dots a bit more here are my Battery Day predictions;

-V2G (vehicle to grid) charging and the introduction of V2G chargers for homes and businesses. A typical Tesla battery pack is equal to roughly 5 Powerwalls
-Autobidder software. It will be the key for selling/buying electricity from your Tesla battery pack to the electrical grid. It will be another revenue source for Tesla because they will be taking a slice of every transaction
-New longer lasting “million mile” dry electrode lithium batteries that will be cranked out MUCH faster than the current batteries. The speed of new battery cell production will make your head spin AND significantly lower battery cell production costs
-Introduce the option of leasing a battery pack. It will eliminate the anxiety of battery degradation AND new battery technology being introduced in the future
-Introduce a refreshed Model S and the super quick “Plaid “ edition that will use the latest generation of batteries. I predict the $75k base Model S price will also be lowered
-Introduction of a less expensive RWD version of the Model Y ($45k?). I also noticed that the 4-6 week wait on a custom Model Y order has recently doubled to 10-12 weeks. I think they are now being shipped to Europe and Mexico, hence the delay
-New wiring architecture that will reduce the length and weight of a typical automobile wiring harness
-New automobile manufacturing technology using giant Mega casting machines. Tesla Berlin is rumored to have eight of the humongous 100 ton machines installed along with an aluminum foundry. I predict that they will eventually be able to produce a Model Y BIW (body in white) in virtually one huge aluminum casting and then bolt on the hood, tailgate, fenders, quarter panels, roof and doors. The aluminum based casting will then go through a giant X-ray machine to look for voids/air bubbles before going down the assembly line. Rejected castings can be melted down and recycled
-Battery recycling on a huge scale using Redwood Materials in Nevada (owned by JB Straubel)

I was wondering the same thing, Last i heard it was the 22nd and I can't find anything that says otherwise

Long term production? Will that have a effect on the initial CT?!

Translation: 2022 is when mass production of the new battery cells start.

Thats sounds so terrible . . . . . feeling the need to mention this affects 2022, less than 1 day out from the "big" reveal, says to me the hype is too much, I better say something to defuse the disappointment beforehand !

I truely hope I'm wrong about the overhype.

As Elon says, Semi, Cybertruck and Roadster are all vehicles that won't be produced in volume until 2022. And all three have big power, big range requirements.

I think he's suggesting one of the announcements may be that Tesla is moving like the other EV manufactures to an 800 v or so architecture.

P.S. I think he tried on his Plaid suit and thought, I don't think peoples irrational exuberance is going to be sustained by my outfit, I better say something.
I hope the plaid drivetrain makes it to market now in the form of the model S and not 2022.
Last edited: Sep 21, 2020
Advertisement
You must log in or register to reply here.
Share:
Facebook Twitter Reddit Email Link