OCS12 said:
And Tesla has quality control nightmares. The fans can write it off, but it’s stuff I’d be ashamed of. I’m not trashing Tesla. They are learning. Part of that learning is why they are headhunting folks like me. I make my living by designing systems to make sure the product is perfect when it ships. My employer went from being a laughing stock to being the largest, and most reliable in the industry, and that’s with internal combustion engines, which are a hell of a lot harder to build than a Tesla.
Click to expand...

what you call nightmares is another exaggeration used by competition to fear monger. every new model has had issues, from every brand. Tesla is not unique nor is it 'nightmarish'.

Crissa said:
What I do know is the panel gaps on Fords and Mazdas I looked at (since I have a Mazda, I was interested in it after I had to get mine repaired several times) wouldn't pass the inspections that many reviews of Tesla Model 3s were noting.

My father was a counter partsman for several legacy automakers over 40 years.... according to his decades of experience they all had various panel gaps and some people are just born whiners looking for something to whine about. Coming from my own decades in retail, he was right.

OCS12 said:
Efficiency only fixes so much. There’s simply no way around the fact that some processes are slow. That can be worked around, but it adds to production costs. You mention “traditional car building” as a bad thing. Those guys have it dialed in. Tesla doesn’t. There’s a reason Tesla recruiters keep targeting folks like me. There’s an optimal human/robot mix. The unions love the human side, Elon loves the robot side, but the reality is somewhere in the middle. Tesla is learning, but the big kids have it down to a science.
Click to expand...

legacy has what dialed in? inability to innovate and fixation on ICE? oh then yes you're right. Legacy auto is like the NASA experts that said rockets couldn't land vertically.

Who was that? Because NASA had a rocket that took off and landed like the Falcon 9, but the project was canceled after one unit failed. https://en.wikipedia.org/wiki/McDonnell_Douglas_DC-X

Interesting discussion with many good points stated.
A pilot line to train employees for the Texas Gigafactory is a good idea, but I think one of the main items to be developed with a pilot line is how to bend the exoskeleton panels at production scale. As Elon has frequently stated - building prototypes is easy, scaling up production is hard.
In my opinion, if any CTs are produced at Fremont they will just be prototypes of the final design to be used for testing.

Personally, I doubt deliveries to early reservation holders will occur before late Q1 2022. Further, I believe the battery cell manufacturing area & cathode and lithium hydroxide processing facility will both need to be completed and fully operational before the Cybertruck can be produced at scale. And I don't see that occurring before late Q4 2021.
Referral code: http://ts.la/jim6543
CT reservation RN113185946 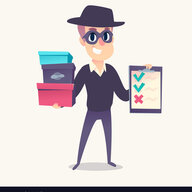 I am the belief that the sky isn't falling..... No need to worry about anything until the first production CT rolls off the line. There will be changes, modifications, delays and just about everything in between that will slow it down. That's just manufacturing a new product that will revolutionize and change the way people drive or think. Even GM Ford and others are building EV trucks. Look folks, the idea is becoming reality so buckle up and enjoy the virtual ride.
You must log in or register to reply here.
Share:
Facebook Twitter Reddit Email Link