If this was the truck that was on the platform at the Austin Giga factory event - then, it is the older of the two trucks that was at the event. So, the interior work is likely an older/potentially not as updated design as would be in the newer test model.

So, I'm not worried by anything I see in these pictures. They'll likely be testing different things in each model. They would, likely, leave many of the inherit elements alone in this truck because many of those elements would have been installed into the newer truck. They'll only rip stuff out and replace stuff that is really important to test.

If that is the case then the older worn seats, the ad hock box under the center of the dash, the opened up yoke, older center console design, etc are all explained and not much should be read into them.

Just my two cents. If this were the newer model then I might expect some of these things to be more updated testing features.

JBee said:
Um my eyes don't have to because the things I look at in the mirror are a similar distance away as those I look at out front, some 10-30m away. A screen showing a camera feed requires me to focus under a meter away. Try it. Super obvious even when just comparing a reversing camera and mirrors.
Click to expand...

Yeah, no. The distances are different as is the shift in parallax. 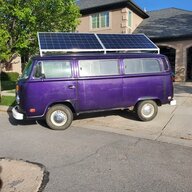 JBee said:
Its a combination of poor visibility and sheer stupidity on their part, in that they naturally think they are still the fastest kid on the block and can cross the road in time before you. They aren't. Especially not against my sons WRX, even though I was only going 40kmh down our 3km long driveway, because I knew they were out from the way our German sheperds were barking when I left. Needs a new aluminium hood....I thought I'd done yet another radiator but it somehow unscrewed the radiator cap instead. Still annoying tho.

I watched an episode of Carwow the other day where he tests a M3 versus a EM cutout, a stuffed cat, and a kangaroo soft toy. EM and tha kangaroo survived, the cat didn't.

So I can't wait for FSD just for wildlife avoidance.
Click to expand...

Somehow the FSD need to recognize animals less than 20 lbs or so. The reaction should probably be let off on the power rather than swerve or brake hard. The animal might make it out ok on it's own vs a potential rear ender or other secondary reaction. A moose or elk is another story.

I guess this is were the machine learning comes in. Constantly adjusting for the best statistical outcome, factoring safety over mechanical damage.

Recognize potential road hazards
Categorize road hazard
Planned reaction to road hazard according to assumed vector
Adjust plan to other traffic
All within a couple seconds.

The march of 9s will be incredibly complex and always adjusting.

What is 'your' threshold for stopping or veering to avoid an animal. I try to avoid even birds and definitely snakes, squirrels, etc. Anything that I can recognize. And I don't think about it, I just do it. The thing about FSD is that it probably isn't thinking about saving animal's lives but only about avoiding accidents. If I can do both I will. Now we are going down the ethics path and that has been a path that Elon (nor anyone) wants to go down because it involves choices.

SpaceYooper said:
Different center console also. No cup holders or some kind of slider is covering the cup holders.
Click to expand...

I think you’re right, that definitely looks like a slider to cover up the cup holders when that center console is moved to the back-rest position for the middle front passenger.

SpaceYooper said:
Are you saying they moved the cupholders into the center console department? Because these photos definitely show there is a change. But it doesn't mean it's final.

damnitjim said:
Aren't we supposed to have display screens where the small A pillar windows are so we can remove the mirrors like Elon said?
Click to expand...

The center display already shows the side camera views when the turning signal is activated in the current Tesla models, I think that’s the solution they’re going with.

And bland is Tesla’s vehicle interior design already anyway. Anyone expecting a busier interior hasn’t been inside a Tesla before.

Tim.Luchenko said:
I really don't like this seat rail bracket. It was like that from the unveiling event and looks like Tesla will not work on it. It looks like 15 years old boy made it in his garage, wielded some metal square pipes together and painted using paintcan It doesn’t look that much different from the Model Y seat riser/rail system. It looks cheap and amateur, yes, but I think Tesla stopped caring about their interiors and solutions not looking decent.

ED_SFO said:
I hope they put a camera in the front bumper ...makes parking a large vehicle much easier, definitely wish my MYP had one
Click to expand...

You can install an after-market one that only activates when driving at very slow speed.

damnitjim said:
Sweet! Ejection Seat for when the kids act up!
Click to expand...

Or the spouse….especially the spouse. Some might even invite their mother in law to sit in the ejection seat.

fritter63 said:
The model 3 already displays distance to obstruction and a red line relative to outline of the car. so it works, but not as nice a camera!
Click to expand...

It’s way too sensitive, rightly so to avoid mishaps……but for a vehicle the size of the Cybertruck every inch counts so a front-bumper camera would be perfect to make sure we’re able to squeeze every inch of that bad boy into a parking spot so not too much of it is sticking out of the parking space.
Last edited: Jun 13, 2022 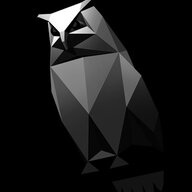 Perhaps this is the fron facing camera some here are hoping for? Jhodgesatmb said:
What is 'your' threshold for stopping or veering to avoid an animal.
Click to expand...

Slowing down/stopping is ok for most instances. But I'd rather hit a squirrel/snake/raccoon than veer and lose control or cause an accident.

Jhodgesatmb said:
What is 'your' threshold for stopping or veering to avoid an animal. I try to avoid even birds and definitely snakes, squirrels, etc. Anything that I can recognize. And I don't think about it, I just do it. The thing about FSD is that it probably isn't thinking about saving animal's lives but only about avoiding accidents. If I can do both I will. Now we are going down the ethics path and that has been a path that Elon (nor anyone) wants to go down because it involves choices.
Click to expand...

I don't like killing any animal either. I just know I am about 50/50 avoiding cats and squirrels. They are very unpredictable and might just go under the vehicle between the wheels anyway. I would hate to cause an accident trying to avoid a squirrel.