Ehninger1212 said:
Pretty simple to say all these numbers people are giving out on Horsepower of the CT are educated guesses.
Click to expand...

This estimate is based on what it would take to meet the stated 0 - 60 requirement which is, I assume, the most stringent power requirement placed on the motors. The big assumption underlying it is that the motors' power limited regions start at 60 mph (given the huge significance attached to 0 - 60 times in the automotive industry). I don't think that's an unreasonable assumption and I'll stand by 875 or so until I hear differently from someone like Sandy Munroe. All the other numbers are, as the quote says, either guesses or marketing hype.
Advertisement
Last edited: Nov 12, 2020

Crissa said:
Tesla mayalso select one or more motors that are larger than the ones used in their smaller cars. Because the truck will expect to be under heavy load for longer, and it has more space tomadd bulk to cool.

Changing the coils in a motor gives it different capabilities.

I expect the design to be shared with the Plaid models, but the motors to actually not be the same exact ones.

Precisely! This method has been applied to vehicles for decades. For example, a 5.0 Mustang ICE is the same basic engine as the F-150 5.0 ICE. But ford changes aspects of those ICE's based on the intended use such as intake manifolds, cam shafts, exhaust manifolds injectors ect..

It would be interesting if the Semi and the CyberTruck share motors... Since towing and performing under load is something they both will be expected to do.

There is certainly powerful motivations for them to share parts if it is possible and if it is I expect they will. I'm not at all sure at this point that the rear and front motors will be the same in the CT nor am I sure that all the motors in the Semi will be the same. But I wouldn't be surprised if there were some parts commonality.

ldjessee said:
It would be interesting if the Semi and the CyberTruck share motors... Since towing and performing under load is something they both will be expected to do.
Click to expand...

The semi just uses 4x M3 motors, so nothing special there (except the fact that the M3 motor truly is revolutionary in its design).

Fun Fact: do you know where the M3 motor came from originally? It was used as an actuator motor on SpaceX rockets, then they decided it would make good use as a vehicle motor and BAM! Here we are.

T3slaDad said:
The semi just uses 4x M3 motors, so nothing special there (except the fact that the M3 motor truly is revolutionary in its design).
Click to expand...

There may be some clever twists unique to Tesla's implementation but it is hardly anything revolutionary. It's a permanent magnet assisted synchronous reluctance motor, or, if you prefer an interior permanent magnet motor.[/QUOTE]

Remember, Model Y and 3 were supposed to share a high percentage of parts, but turns out they do not...

ldjessee said:
Remember, Model Y and 3 were supposed to share a high percentage of parts, but turns out they do not...
Click to expand...

Well, they still do. And the parts that are different just showed up in the Model 3 refresh.

It's always easier to put the newest parts in the model you just introduced. It makes for fewer documentation changes, lets you use up parts in production streams that are already functioning. And makes sure your delays are synergistic instead of antagonistic: If you're already waiting for part A might as well also order B and C so they'll arrive at the same time. 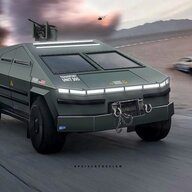 Tri-motor vs Quad-motor or Hub-motor